Trampoline injuries on the rise amid growing popularity of trampoline parks: U.S. study 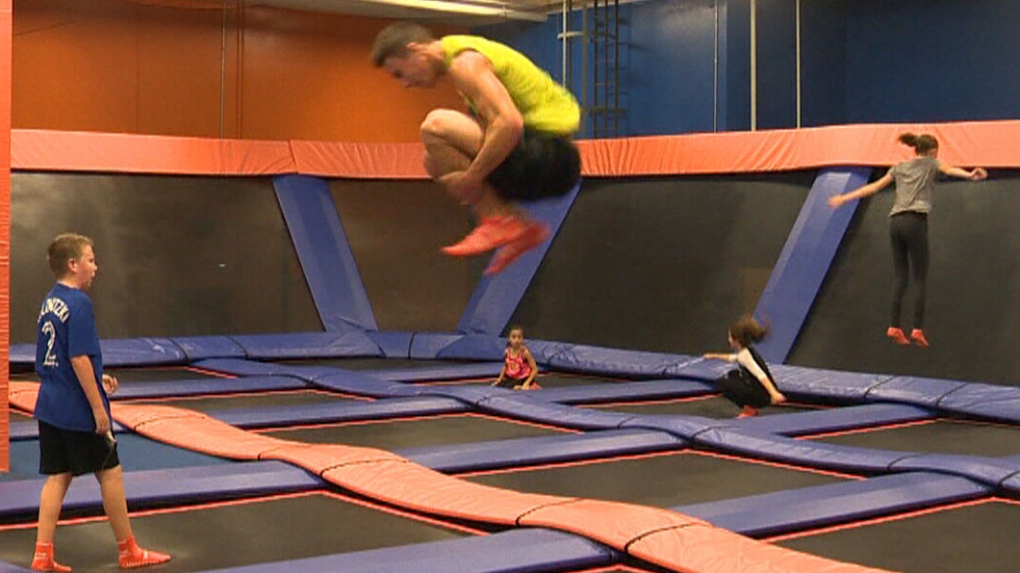 Children are seen jumping on trampolines at a trampoline park. (CTV)

TORONTO -- Trampoline injuries in the U.S. increased over a decade, possibly due to the rise of trampoline parks aimed at kids, a new study claims.

The growing popularity of trampoline businesses, often advertised as places to hold birthday parties, has coincided with a nearly four-per-cent increase in trampoline injuries, according to new research to be presented by the American Academy of Pediatrics.

Between 2008 and 2017, the incidence of trampoline-related fractures rose by an average of 3.85 per cent in the U.S., according to the report.

"While trampolines are a great source of fun and exercise for children, the potential for injury, particularly in recreational areas with an underlying business incentive, needs to be recognized by parents and health care providers," study author Dr. Nancy Hadley Miller said in a news release.

"Historically, advocacy campaigns have focused on trampoline injuries in the home, however, our study indicates that future messages to parents and legislators should also focus on injuries that happen in these entertainment facilities and businesses outside of the home."

Researchers found that every year during the study, it was 32 per cent more likely that a child's trampoline-related bone fracture occurred at a recreation park rather than a trampoline in a backyard.

Trampoline injuries have long been a substantial contributor to broken bones in children, the study added.

A similar study in Canada, “The ups and downs of trampolines: Injuries associated with backyard trampolines and trampoline parks,” was published in Paediatrics and Child Health in May 2018.

The data, from 2012 to 2016, showed trampoline injuries in Canada were increasing at the time.