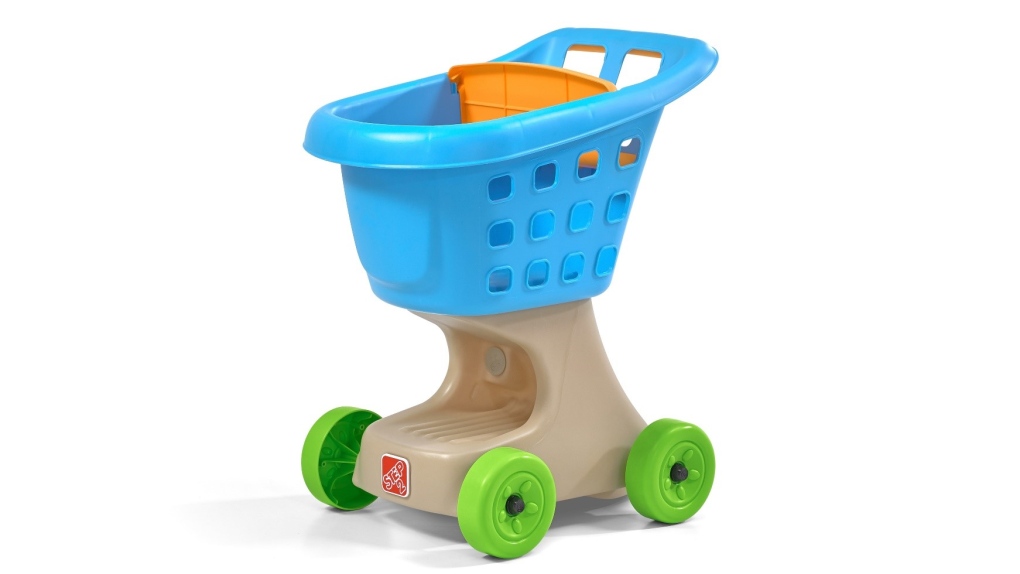 TORONTO -- American toy brand Step2 is recalling its plastic shopping carts due to parts that could break off and cause injury.

Health Canada says the shopping carts are sold at various stores across the country.

The recall comes after the U.S Consumer Product Safety Commission received 22 reports of the carts breaking due to “brittle” material.

Kierie Courtney, Step2’s vice president of e-commerce and marketing, told CTVNews.ca that there were no injuries and none of the reports of broken carts were from Canada.

“There were 22 total reports that came in over the course of the time period of late last year to the end of January and none of those were in Canada,” Courtney said in a telephone interview on Friday.

The affected products were sold from May 2019 to October 2019 according to a statement from Health Canada. Approximately 3,588 units were sold in Canada and 17,000 were sold in the U.S.

Consumers are being asked to dispose of the carts and can request a replacement by contacting Step2.