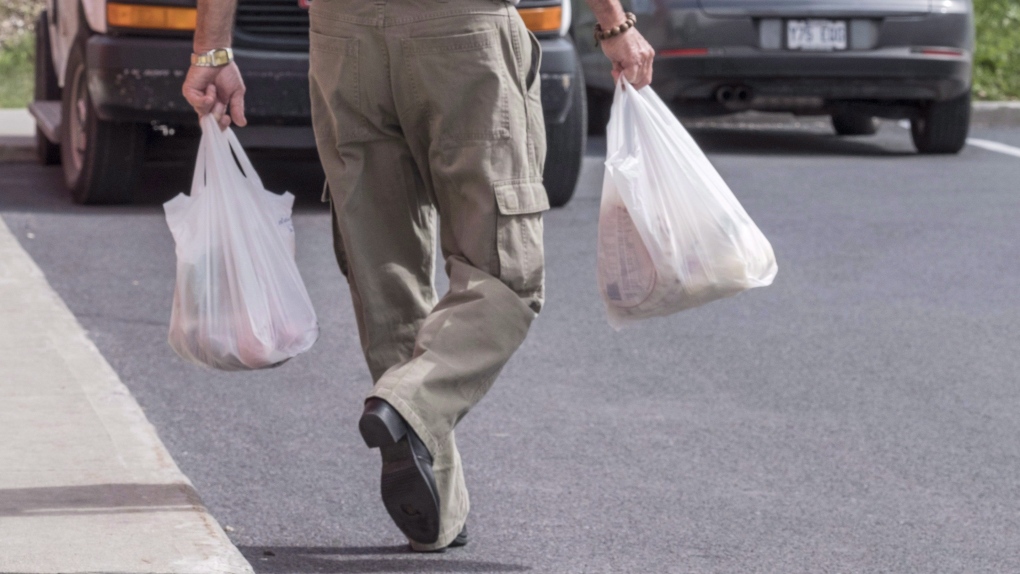 TORONTO -- A proposed ban on some single-use plastics should serve as a wake-up call to Canadians concerned about the potential harms everyday items may pose, say experts who expect the move will spur research into settling ongoing questions about whether and how microplastic affects human health.

But experts say challenges remain in definitively linking plastic or plastic particles to disease, cancer or other human health problems, outlining a nascent field of study where scientists have yet to reach consensus on methodology and sampling techniques, let alone definitive cause-and-effects.

Dalhousie University environmental studies professor Tony Walker, who has advised the federal government on this issue, says there's no question plastic pollution has harmed the environment, wildlife and their habitats.

It's not a huge leap to suspect it holds consequences for humans, too, he says, and that should be enough to start scaling back everyday use.

"Maybe we don't have overwhelming evidence to quantify it yet, but we know we're ingesting it. We know we're breathing it in. But just because we don't have the evidence that yes, you know, a certain dose of plastic will give you this disease, or that disease ... I still think it's very prudent to take the precautionary approach."

By the end of 2021, plastic grocery bags, straws, stir sticks, six-pack rings, cutlery and food containers made from hard-to-recycle plastics would be phased from use by the proposal, which is seeking public input until Dec. 9.

Walker suggests people may want to consider ditching these everyday items now, as well as other common plastic items Ottawa considered banning, such as beverage bottles and caps, and hot and cold drink cups and lids.

While government research found "exposure to macroplastic pollution is not expected to be of concern for human health," it does note that plastic waste does breakdown in the environment -- albeit very slowly -- to produce microplastic waste.

Otherwise, these tiny particles, defined as less than five millimetres in size, also emerge in the form of microfibres that are released while washing laundry; as part of fibres that shed from clothing, furniture, and carpets; and can even be found in outdoor air thanks to vehicle tire wear-and-tear.

What all of that does to our bodies is under increasing scrutiny and attracting more interest from the medical sphere, says University of Toronto ecologist Chelsea Rochman, a scientific advisor to the Ocean Conservancy and a National Geographic Explorer.

She notes plastic pollution research began with public alarm over an obvious garbage problem emerging in oceans, gradually leading environmentalists and ecologists to examine the impact on shorelines, freshwater and land.

"People have measured it in stool so we know we eat it and excrete it. The next question is: How does it impact humans? And so people are starting to study that," says Rochman, pointing to about 10 investigations involving human cell lines or mice.

"We're starting to see people enter the field who come from the biomedical background and that's exactly what is needed. I just think it's on the horizon and we're just getting there, which is great."

Most of the current literature is focused on how plastic particles affect us physically, says Rochman, pointing to studies that found particles can cause tissue inflammation, affect cell function, and affect genes involved in immune response.

If they're small enough, plastic particles have been known to leave the gut and enter the blood stream and certain organs in mice, she adds.

Then there are the additives that are applied to plastic in manufacturing: polymer stabilizers, flame retardants, lubricants, plasticizers, and colourants which may degrade to form other chemicals such as phthalates, polybrominated diphenyl ethers, lead, and cadmium. Canada banned bisphenol A from baby bottles in 2010.

The Chemistry Industry Association of Canada has pushed back against the "toxic" label, decrying any suggestion plastic can be compared to harmful chemicals such as mercury, asbestos and lead.

Rochman notes the word "toxic" under CEPA is more nuanced than the same word used in general parlance, where most would understand it to mean definite harm.

"It's not the way you or I would think to understand that word," she says. "We, the public, know 'toxic' to mean something specific whereas under CEPA 'toxic' means 'may cause harm' and is persistent and may bio-accumulate. So it's different."

"There's a growing body of evidence that suggests they are toxic, especially at the micro-plastic and nano-plastic level," says Walker, who co-authored a recent study on the harms of polystyrene microbeads to rainbow trout.

He notes the potential danger posed by plastic doesn't just come from chemicals in the plastic itself, but the chemicals that bind to tiny plastic particles in the environment.

"Sometimes you can actually find concentrations of chemicals on the plastics themselves that are orders of magnitude higher than that same chemical compounds in the natural environment," he says.

All of this is tough to measure without robust quality assurance and control protocols, says University of Toronto water researcher Robert Andrews, a professor in the department of civil engineering.

Andrews is studying the presence of microplastics in the Great Lakes, and its removal by southern Ontario treatment plants responsible for tap water, but notes he's still at a very early stage due to the complex work.

"We've been working on this now full-time for about two years. And part of the issue is defining the analytical techniques that are appropriate, defining the sampling techniques," he explains.

"This is a science that's evolving now."

This report by The Canadian Press was first published Oct. 19, 2020.