Three deaths may be linked to dengue vaccinations, Philippines says 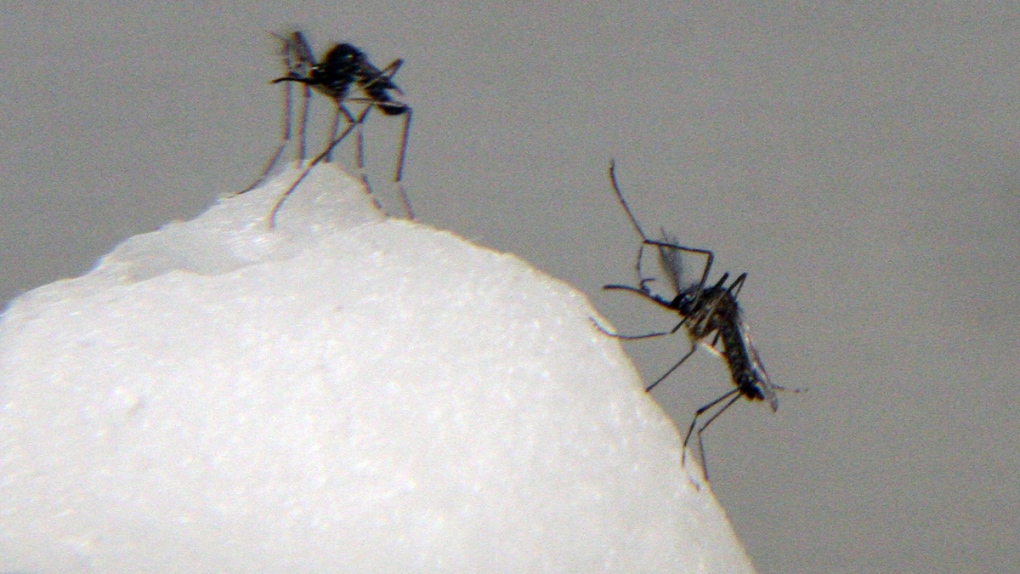 Aedes aegypti mosquitoes, which transmit dengue fever as well as chikungunya, stand in a cage to be examined by scientists at the Gorgas Memorial Institute for Health Studies in Panama City, Friday, Sept. 26, 2014. (AP / Arnulfo Franco)

MANILA, Philippines - Philippine health officials said Friday that the deaths of three children injected with a Sanofi Pasteur dengue vaccine may have "causal association" to the inoculation, including two who may have died because the vaccine failed.

The Philippine government halted its massive immunization drive last year after Sanofi said a study showed the vaccine may increase the risks of dengue in people vaccinated prior to infection. More than 830,000 children were injected with the Dengvaxia vaccine, health officials said.

"This issue continues to sow fear and confusion, especially to the parents of children who have been injected with Dengvaxia," Health Secretary Francisco Duque III's office said in a statement. "We aim to give clarity on the issues with an honest and objective reporting of the evidence and science."

Duque said further study was needed on the vaccine. Investigators found no evidence the rest of the 14 reported child deaths were related to the vaccine.

The investigation results on the three deaths will be submitted to the Department of Justice, which is looking into possible criminal liabilities, Duque said.

Two weeks ago, Duque told reporters that Sanofi Pasteur has agreed to take back huge stocks of Dengvaxia that have not been used and pay back more than a billion pesos ($20 million) to the Philippine government.

Sanofi Pasteur said in December that its long-term follow-up study of the vaccine showed sustained benefits for up to six years for those who had a previous dengue infection, but that people who never had dengue had an increased risk of a severe case and hospitalization from the third year after immunization.

Dengue is a mosquito-borne viral infection found in tropical countries worldwide. It is a flu-like disease that can cause joint pain, nausea, vomiting and a rash and can cause breathing problems, hemorrhaging and organ failure in severe cases.

WHO says about half the world's population is at risk of dengue, with a recent estimate indicating 390 million infections per year. In the Philippines, about 200,000 dengue infections are reported each year, with less than 1 per cent resulting in deaths, the Department of Health says.