'This is childhood cancer': Photo of young boy comforted by sister goes viral 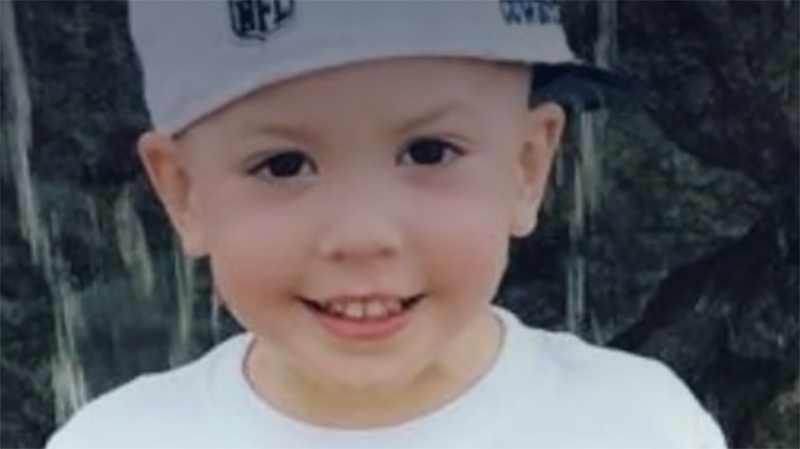 A photo of Beckett being comforted by his sister has gone viral online. (Photo: PayPal/Beckett Strong)

TORONTO -- A heartbreaking photo of a young leukemia patient being comforted by his little sister has gone viral, after their mother shared the image to show how the illness "affects the entire family."

Kaitlin Burge posted a photo on Facebook of her diaper-clad son Beckett leaning over a toilet while he was sick, as his sister gently rubbed his back.

“One thing they don’t tell you about childhood cancer is that it affects the entire family,” the U.S. mom wrote in the post.

“To some, this may be hard to see and read. My two kids, 15 months apart, went from playing in school and at home together to sitting in a cold hospital room together.”

The emotional post on the “Beckett Strong” Facebook page has been shared more than 31,000 times over the past week. In it, Burge explains how her young daughter had to watch her brother go from an ambulance to the intensive care unit, and then watch him “struggle to walk and struggle to play.”

“Why did we take his sister with us and why did she see all of this at a young age? Children need support and togetherness, and should not be kept at a distance from the person who is ill,” Burge wrote.

According to a PayPal page set up for Beckett’s expenses, the now four-year-old boy was diagnosed with high-risk pre-B acute lymphoblastic leukemia in April, 2018. He also had pneumonia in one of his lungs and acute respiratory failure.

Beckett spent 10 days in an ICU and “will be undergoing phases where he requires extensive hospital stays,” the PayPal page says.

In the Facebook post, Burge said her daughter has been by her little brother’s side even as he vomited between play sessions and missed out on activities they previously enjoyed together.

“This is childhood cancer. Take it or leave it.”