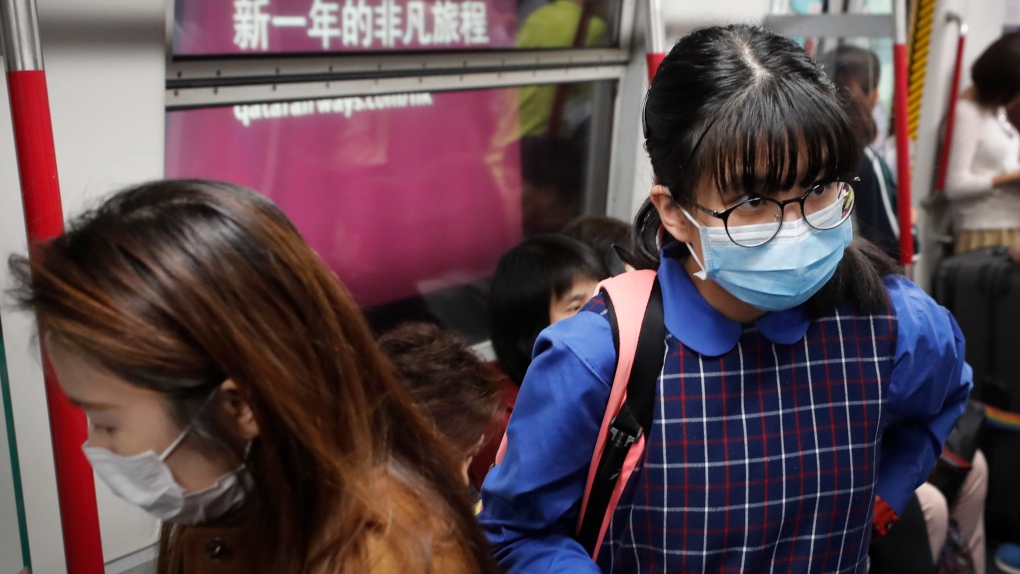 BEIJING -- Since late last year, people in the central Chinese city of Wuhan have been infected with a viral pneumonia whose cause was unknown. The outbreak raised the spectre of another SARS epidemic, which killed hundreds in 2002 and 2003.

As of Sunday, local authorities reported 59 patients with the illness. Seven were in critical condition, while the rest were stable. Eight were discharged Wednesday night after they didn't exhibit any more symptoms for several days.

Coronaviruses are a large family of viruses that was first identified in humans in the mid-1960s. Some are a cause of the common cold, while others found in bats, camels and other animals have evolved into more severe illnesses, such as SARS and MERS.

The family derives its name from the Latin word "corona," meaning a halo or crown, which the viruses resemble when viewed under an electron microscope.

HOW ARE CORONAVIRUSES SPREAD AND WHAT ARE THE SYMPTOMS?

Coronaviruses can spread through coughing or sneezing, or by touching an infected person. Common symptoms include a runny nose, headache, cough and fever. Shortness of breath, chills and body aches are associated with more dangerous kinds of coronavirus, according to the Center for Disease Control and Prevention.

The Wuhan Municipal Health Commission said some of the infected patients ran businesses in a seafood market that is being suspended and investigated. As the present illness does not not transmit readily between people, it's possible they were infected by animals at the market.

While SARS, or severe acute respiratory syndrome, also belongs to the coronavirus family, Chinese state media say the illness in Wuhan is different from coronaviruses that have been identified in the past. Earlier laboratory tests ruled out SARS and MERS (Middle East respiratory syndrome), as well as influenza, bird flu, adenovirus and other common respiratory pathogens.

SARS emerged as a novel coronavirus in 2002, first infecting people in southern China, then spreading to more than two dozen countries. More than 8,000 people were sickened and more than 700 died. No new cases have been reported since 2004.

Another form of coronavirus has caused MERS, an illness that began in Jordan and Saudi Arabia in 2012 before spreading to about two dozen other countries. It has resulted in more than 800 deaths, with the majority reported from Saudi Arabia.

Chinese researchers made their preliminary determination by using an isolate from one positive patient sample to conduct gene sequencing of the virus, according to a statement from Gauden Galea, a World Health Organization representative to China.

"Preliminary identification of a novel virus in a short period of time is a notable achievement," Galea said.

But more must be done before scientists can reach a definitive conclusion. Xu Jianguo, the leader of the expert group that made the preliminary assessment, told Xinhua state news agency that they will conduct pathogenic and epidemiological research over the next several weeks to confirm that it is indeed a new coronavirus.