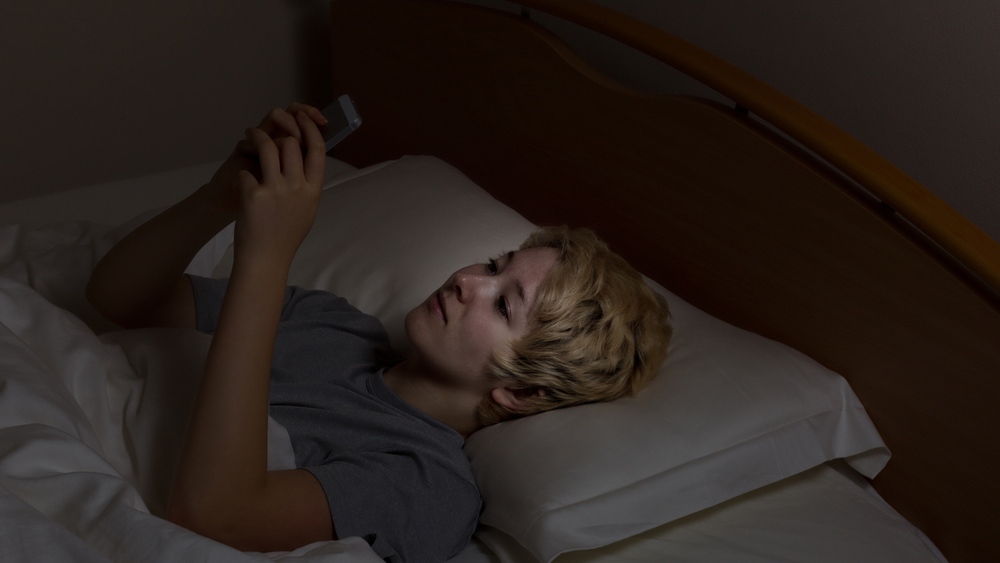 A U.S. study has found that teenagers who continue to text on their phones after turning off the lights for bedtime have poorer sleep and poorer grades than those who text with the lights on. (tab62/Shutterstock.com)

A recent U.S. study has found that teenagers who continue to text on their phones after turning off the lights for bedtime have poorer sleep and poorer grades than those who text with the lights on.

The new study, by Rutgers University, is the first of its kind to find an association specifically between nighttime texting and the sleep quality and school performance of American teens.

A total of 1,537 surveys were completed and analyzed by the team to look at the length of text messages sent by respondents, whether messages were sent before or after the lights were turned off and the participants' school grades.

When comparing boys to girls however, the study found that although girls text more and felt sleepier during the day than boys, they still outperformed then in school studies, which Ming believes is due to girls texting primarily before and not after turning off the light.

Ming explained that the negative effect on sleep once the lights go out is due to the effects of the "blue light" emitted from smartphones and tablets being intensified in the dark. This blue light delays the release of melatonin, the hormone that makes you feel sleepy and which is normally released around 9 p.m., meaning instead of going to bed and dropping off, you stay awake for longer. This blue light can also affect the release of melatonin even if it is emitted from the phone when eyelids are closed.

The delay in melatonin release could also be a factor in poorer school performance. "If a person keeps getting text messages with alerts and light emission, that also can disrupt his circadian rhythm", explained Ming, "Rapid Eye Movement sleep is the period during sleep most important to learning, memory consolidation and social adjustment in adolescents. When falling asleep is delayed but rising time is not, REM sleep will be cut short, which can affect learning and memory."

Ming suggested that not only should schools recognize the importance of sleep for teens and find a way to incorporate education on sleep into the school curriculum, but also noted that a later school start time could be beneficial.

The results of the study were published in the Journal of Child Neurology.