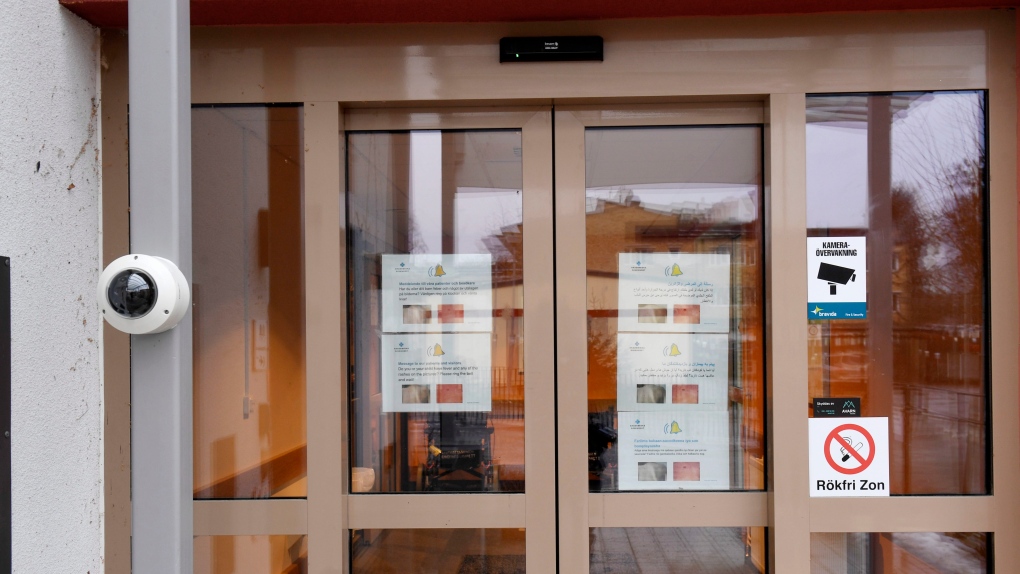 A view of the hospital where there has been a suspected case of Ebola, in Enkoping, Sweden, Friday, Jan. 4, 2019. (Fredrik Sandberg/TT News Agency via AP)

COPENHAGEN -- A suspected case of the deadly Ebola virus has been reported by a Swedish hospital, officials said Friday, adding the patient has been isolated.

Region Uppsala, which oversees several hospitals and medical clinics north of Stockholm, says a test had been carried out on the patient, who was not identified, adding a result would be available late Friday.

In its statement, Region Uppsala said it was so far "only a matter of suspicion," adding "other diseases are quite possible."

It did not say where the patient had travelled, but Sweden's TT news agency said the patient had returned from a trip to Burundi three weeks ago and had not visited any region with the Ebola virus.

The authorities said the hospital in Enkoping where the patient was first admitted had its emergency room shut down and the staff who treated the patient were "cared for." The patient was eventually transferred to an infection clinic in Uppsala.

"The patient came in Friday morning and reportedly was vomiting blood which may be a symptom of Ebola infection," hospital spokesman Mikael Kohler told local newspaper Upsala Nya Tidning. He was not immediately available for further comment.

Eastern Congo currently faces an Ebola outbreak. All major outbreaks have been in Africa, though isolated cases have been reported outside the continent. The hemorrhagic fever's virus is spread via contact with the bodily fluids of those infected.