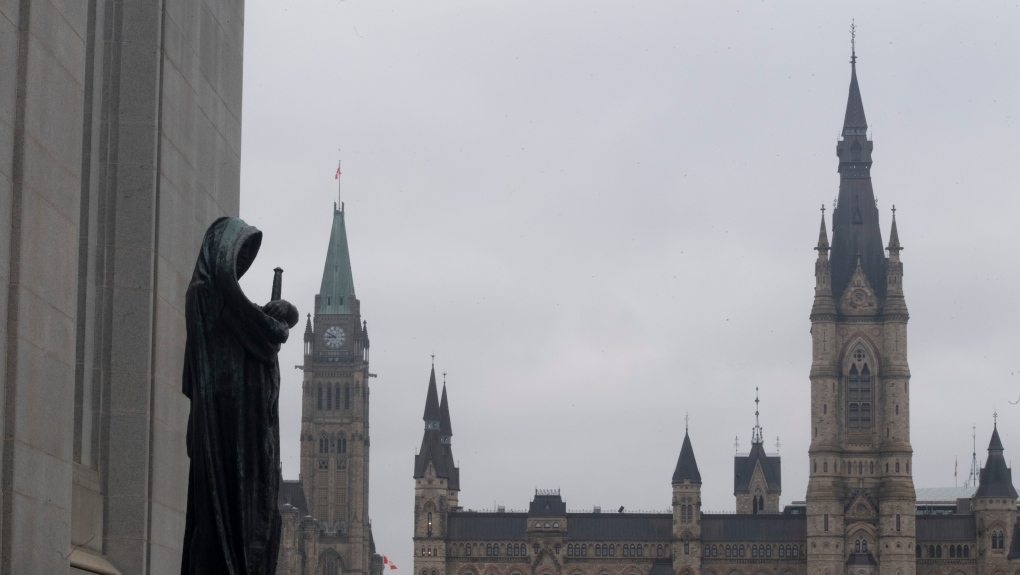 The statue representing justice looks out from the Supreme Court of Canada over the Parliamentary precinct in Ottawa, Thursday March 25, 2021. THE CANADIAN PRESS/Adrian Wyld

OTTAWA -- The Supreme Court of Canada will not hear a bid to challenge approval of a settlement agreement for Canadians born with birth defects because of the drug thalidomide.

The Federal Court approved the agreement -- the government's third effort over the years to provide compensation -- finding it to be fair and reasonable.

Five class members who were dissatisfied with the court's approval unsuccessfully asked the Federal Court of Appeal for permission to appeal.

The Supreme Court did not provide reasons for refusing to examine the matter.

Thalidomide was approved in Canada to treat morning sickness in pregnant women for less than a year in the early 1960s but it was available unofficially for several years both before and after that.