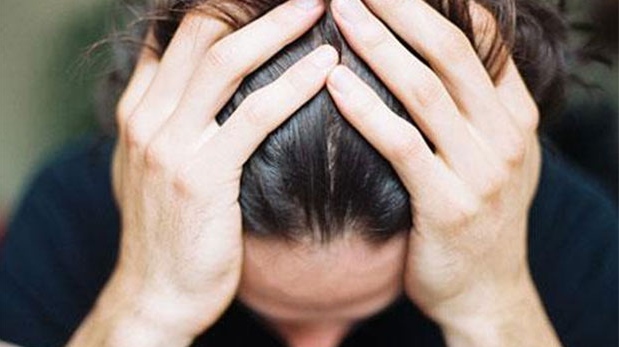 Distress phone lines can be the first and last hope for Canadians who are contemplating suicide, but instead of a life-saving conversation, some callers are getting recorded messages telling them to call back later.

There are more than five dozen suicide crisis lines in Canada, run by different agencies and often staffed by trained volunteers. Most of them strive to answer calls immediately, but callers sometimes wait between 20 and 40 minutes or hear a recorded message asking them to call back.

Distress call centres admit they sometimes struggle with a surge in demand. Some regions have seen a 30 per cent increase in calls and advocates say more funding and resources are needed to keep up.

When Sydney was a Grade 9 student, she battled depression and attempted suicide with a pill overdose. She was quickly and successfully treated, but fell into another deep depression three months later.

When she called her local distress line, Sydney got a recorded message asking her to call back.

She waited about an hour and made another call, but was told to wait again.

Depending on the time of day, a call to a distress line can either be answered immediately, or met with a request to hold or call back because all the volunteers and staff are busy.

Mental health advocate Mark Henick said waiting to speak to someone at a distress call centre is “quite common.”

Henick said he conducted his own experiment in which he called an unidentified distress line at 9:30 a.m. and ended up waiting 24 minutessuicide for someone to answer.

“I was surprised, given that mornings tend to be lower in call volume for these types of services,” he said.

“I'm not convinced that someone on a subway platform considering suicide would wait 24 minutes or more for help.”

That’s why people with an urgent and immediate for intervention are being advised to call 911, Henick said.

Kendra Fisher, a mental health advocate and former Team Canada hockey player, says people contemplating suicide sometimes only get “one chance” to pull back from the brink.

“I speak to thousands of kids a year and they ask me for better alternatives and other options because they are being faced with recorded messages … or don’t get the response they needed in that moment,” she said.

Fisher, who has battled depression, agoraphobia and severe anxiety disorder, said not having access to help when you need it most “almost feeds that sense of hopelessness.”

“We have created this huge movement towards awareness around mental health and it's fantastic. Unfortunately, what we weren't prepared for was having the number of resources and professionals in place to deal with the influx (of calls).”

Elizabeth Fisk, the executive director of Distress Centres Ontario, acknowledged that there sometimes aren’t enough people to answer all the incoming distress calls.

“One of the things that we are actively doing is recruiting more and more volunteers who have a sense this is something they want to do to give back to their communities,” she said.

She said the challenges are “inconsistent” in different parts of Canada and there isn’t enough government funding across the country.

“The demand outstrips our current capacity and resources and we hope to address that situation through a myriad of different solutions,” Fisk said.

“A 20-minute wait is not something we want,” she said. “We would really like to work to decrease that wait time.”

One solution would be copying the system in the U.S., which has one national suicide prevention line.

“In my opinion, Canada is long past requiring one national hotline,” Mark Henick said.

“We have to have a national effort to make sure we have those people at the other end of the phone.”