Sugar-free or not, soft drinks consumption associated with increased risk of death: study 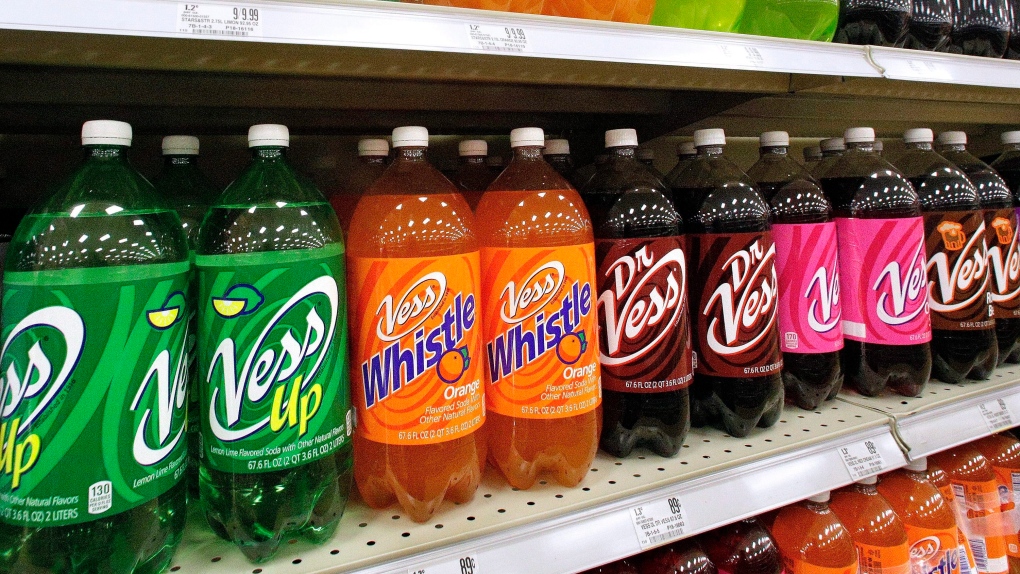 Sodas and energy drink are stacked and line the shelves in a grocery store Wednesday, May 18, 2016, in Springfield, Ill. (AP Photo/Seth Perlman)

Pop drinkers beware: It turns out it doesn’t matter if the soft drink you’re consuming is full of sugar or not, because scientists say both kinds are associated with an increased risk of early death.

The study, recently published in JAMA Internal Medicine, looked at more than 450,000 people from across 10 European countries including the U.K., Germany and France.

Using data from the European Prospective Investigation into Cancer and Nutrition (EPIC), the research team looked at what participants ate and drank between 1992 and 2000.

People who drank two or more glasses of soft drinks per day, the equivalent of 500ml, had a higher risk of early death than those who only consumed one glass per month, the authors explain.

They found those who drank more soft drinks were also more likely to be smokers and have a higher body mass index. But they said higher soft drink consumption may just be a marker for people’s already unhealthy lifestyles which led to an early death.

The findings are in line with previous studies that found a connection between sugary drinks and risks of early death. Another study has associated soft drinks to other health issues, such as having higher risks of having stroke and dementia.

When it came to the health effects from diet soda in particular, the authors were careful not to rule out the possibility that people who were already unhealthy, obese or overweight had switched to diet drinks to control their sugar intake.

Robert Thomas, a private dietitian from London, Ont. who wasn’t involved in the study, agrees that people making the switch are “concerned about the amount of calories they find in regular pop.”

However, another study found that higher soft drink consumption was positively associated with the risk of overall cancer and breast cancer.

That being said, the authors for the latest study said “the results are supportive of public health campaigns aimed at limiting the consumption of soft drinks.”

Heart and Stroke Foundation of Canada outlines how research shows that “soda, energy and sports drinks are the top calorie source among North Americans ages 12 to 50.” And that as children get older, they get more sugar overall from soft drinks.

The group points out that consuming soft drinks led to higher risks of being obese, having heart disease and stroke, diabetes or dental issues.

Canada’s Food Guide mentions some of the same risks and urges people to reach for water as their first choice when they’re thirsty.

Thomas agreed and stressed that the real worry is for people who consume pop as they primary source of drink.

“There’s definitely more research needed in this area … but people should be watching what they’re consuming,” he told CTVNews.ca, adding that he also feels socio-economic factors could play a role in the most recent study.