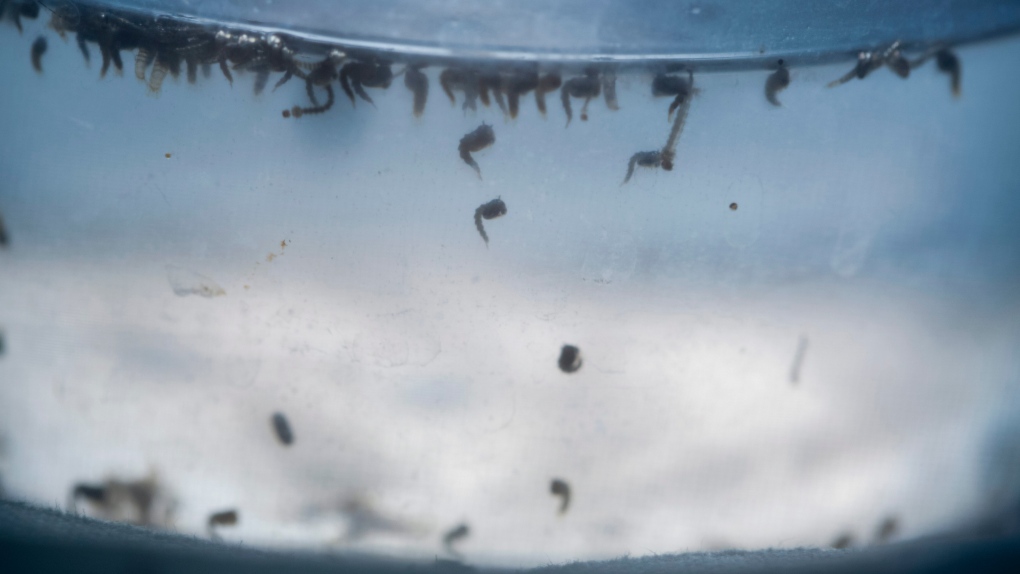 A study in Brazil found nearly 90 per cent of people with a rare paralyzing condition said they had symptoms of Zika earlier -- contributing to mounting evidence that Zika may be a cause.

But there are caveats: It's a small study, and investigators don't yet have blood test results confirming the patients were infected with Zika before they suffered muscle weakness and paralysis.

The partial findings were reported Thursday by the U.S. Centers for Disease Control and Prevention.

Zika virus is spread mainly by mosquitoes. It causes only a mild and brief illness, at worst, in most people.

But last year, when Zika outbreaks were being reported in Brazil for the first time, doctors also saw a dramatic increase in severe brain-related birth defects in babies born to women infected during pregnancy. After looking at different kinds of evidence, health officials this year concluded Zika causes birth defects.

Meanwhile, doctors are also looking into whether Zika caused of a spike in Guillain-Barre cases that occurred in Brazil during Zika outbreaks.

Guillain-Barre syndrome is an unusual illness in which a person's immune system damages peripheral nerve cells, causing muscle weakness and paralysis. Most cases are in adults.

Symptoms usually start in the legs and can last a few weeks or several months. Most people fully recover, but some have permanent damage. An estimated 1 in 20 people with the condition die, usually when the paralysis affects muscles that control breathing.

There are a number of causes, including bacterial or viral infections. Doctors have said it would not be surprising if Zika causes Guillain-Barre too, but scientists are investigating the link.

They think the body forms antibodies to fight a Zika infection, and when the initial symptoms subside, the antibodies turn and attack the peripheral nerves.

An estimated 3,000 to 6,000 Americans develop Guillain-Barre each year. Most are individual cases; clusters are extremely unusual.

The study was conducted in and around the city of Salvador in northeast Brazil. It focused on 41 Guillain-Barre cases last spring and summer, compared them with 85 similar people who didn't develop the condition. Nearly 90 per cent of the Guillain-Barre group said they had suffered Zika-like symptoms earlier, including rash and red eyes, compared with about 20 per cent in the other group.

In about a month, investigators expect results from a laboratory analysis to see if the prior infections were Zika or another germ, said the CDC's Dr. Ashley Styczynski, the lead author of the new report.

This comes after a similar-size study led by French researchers -- published earlier this year -- that looked at Guillain-Barre cases during a Zika outbreak in French Polynesia in 2013 and 2014. That study found just about all of the Guillain-Barre patients had Zika antibodies, compared with only about half of the people in a comparison group.

In both the new study and the one focused on French Polynesia, most patients with Guillain-Barre developed paralysis about a week after fighting off Zika symptoms.

"The evidence is certainly mounting that Zika is a trigger for GBS," said Dr. Farrah Mateen, a Harvard researcher who has worked on Guillain-Barre and other neurological conditions tied to infectious diseases.

But more research is needed, including into why some people infected with Zika develop Guillain-Barre while many do not, she said. There likely is a combination of factors, including pre-existing immune system problems in some people, she added.

The CDC is currently conducting a study of Zika and Guillain-Barre study in Puerto Rico.