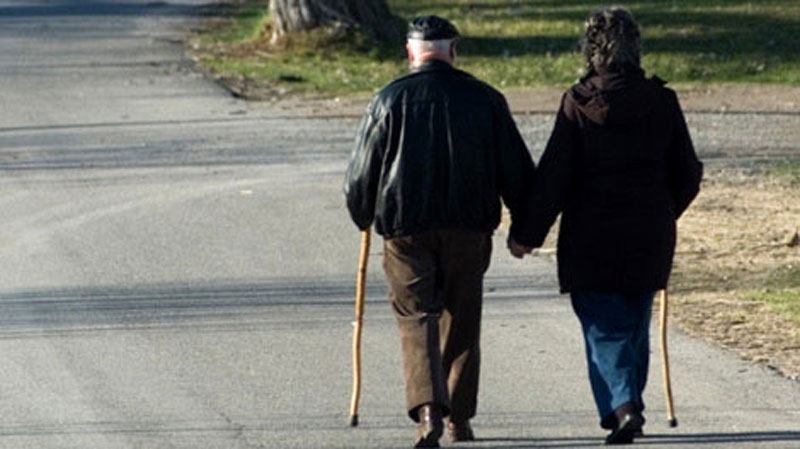 UNION GROVE, Wis. -- Mike Knutson taught himself to play the harmonica as a child, and the 96-year-old sang with his family for most of his life. Even now, as he suffers from dementia, music is an important part of his life thanks to a U.S. study looking at the impact of a nationwide music program aimed at helping dementia patients.

The study being led by the University of Wisconsin-Milwaukee is the largest yet on the impact of the Music and Memory program, which is in hundreds of nursing homes across the U.S. and Canada, said program founder Dan Cohen. Similar studies will be conducted in Utah and Ohio.

Researchers are monitoring the responses of 1,500 Alzheimer's and dementia patients who were given iPods at Wisconsin nursing homes through the program, which was highlighted in a documentary honored at the Sundance Film Festival this year. Their mental state will then be compared to the same number of people in 100 other nursing homes who haven't received iPods.

Knutson is often sleepy, but he perks up when nurses put headphones on him or when his family sings with him during visits at the Wisconsin Veteran's Home in Union Grove, south of Milwaukee.

He smiles, taps his feet and gently claps his hands upon hearing big-band music, which is part of his personalized playlist.

"The music really does something to wake him up and help him to be more engaged with what is going on around him," said his daughter, Barb Knutson, who lives in Madison.

The state and UW-Milwaukee are investing about $300,000 in the program and study, money received through federal funds acquired from nursing home penalties. The program will be expanded to another 150 Wisconsin nursing homes next year.

The study started this summer, and final data should be available by next summer.

"You may see the immediate effects shown on the residents, but we don't really know if it actually has longer-term effects," said Jung Kwak, an associate professor of social work at the university.

Researchers hope to determine whether music improves mood and behaviour, which residents might benefit and then tailor activities accordingly. They also want to see if music could someday reduce the need for prescription drugs, Kwak and Cohen said.

Cohen, who founded Music and Memory in New York in 2006, said he hopes the Wisconsin study informs the health care system of the program's benefits and potential cost savings. He said there's also fear of visiting dementia patients, so he hopes the program will encourage families and friends to visit more often.

"Then (the patients) will feel more alive and won't feel as isolated in these facilities," he said.