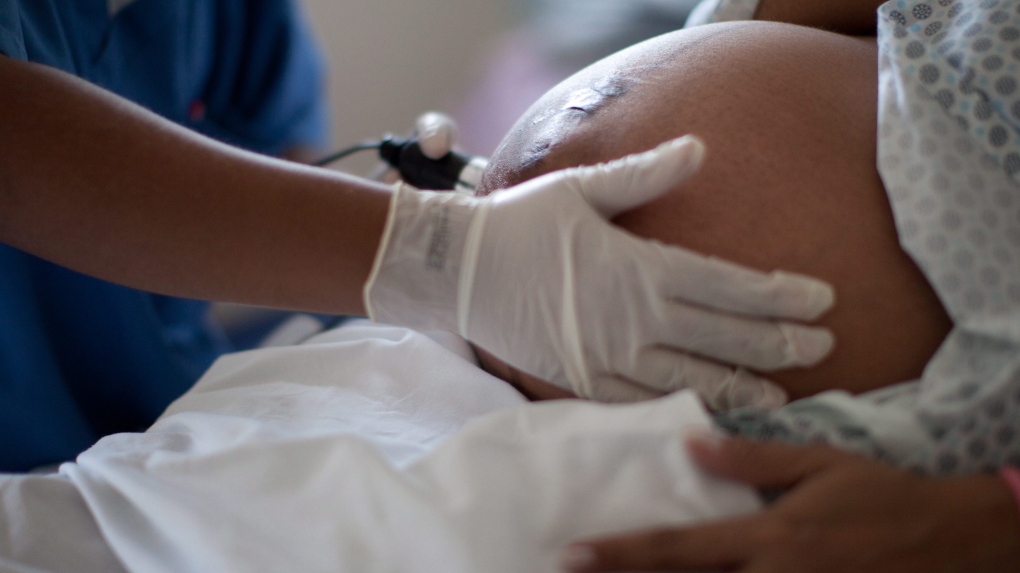 A pregnant woman is examined as she waits to give birth at a public hospital in Rio de Janeiro, on July 25, 2012. (Felipe Dana / AP)

TORONTO -- Episiotomies during childbirth have declined in Canada, but a new report says the surgical cuts could reduce the chance of a mother being severely injured when forceps or a vacuum are involved.

A large study published Monday in the Canadian Medical Association Journal found episiotomies reduced the risk of injury by as much as 42 per cent when first-time mothers required assistance from a vacuum or forceps, which are broad pincers used to grab a baby's head.

In contrast, a surgical cut posed greater risk of injury when forceps or a vacuum were not involved.

Study author Giulia Muraca, a postdoctoral fellow at the University of British Columbia, says guidelines that discourage routine episiotomies have been overgeneralized to apply to all vaginal deliveries, when data suggests they could help in assisted births.

"Generalizing the episiotomy guidelines for spontaneous vaginal delivery to women with operative vaginal delivery can cause harm, particularly in women delivering their first child and in women having a vaginal birth after caesarean," Muraca said Monday in a release.

An episiotomy is a surgical cut made to the opening of the vagina when the baby's head appears.

Researchers say the risk of severe tearing was highest among deliveries by forceps and vacuum, with about 18 per cent of assisted deliveries resulting in such injuries in 2017.

The study examined more than 2.5 million births in Canada between 2004 and 2017 and found the procedure declined among vaginal deliveries, whether they involved instruments or not.

Nevertheless, injuries increased 15 per cent in Canada and other industrialized countries -- but researchers say that's possibly due to improved detection and reporting, and the increasing number of older first-time mothers.

Randomized controlled trials in the 1990s showed episiotomies to be ineffective in protecting women from severe tearing, instead increasing pain and extending recovery time.

From 2015 to 2017, assisted deliveries accounted for 10 per cent to 13 per cent of deliveries in Canada, the United Kingdom and Australia.

The rate of assisted delivery is notably lower in the United States, at 3.1 per cent in 2015, where efforts to increase assisted deliveries and reduce caesarean delivery rates are underway.

This report by The Canadian Press was first published Oct. 21, 2019