Studies suggest Pap tests offer little value to those under 25 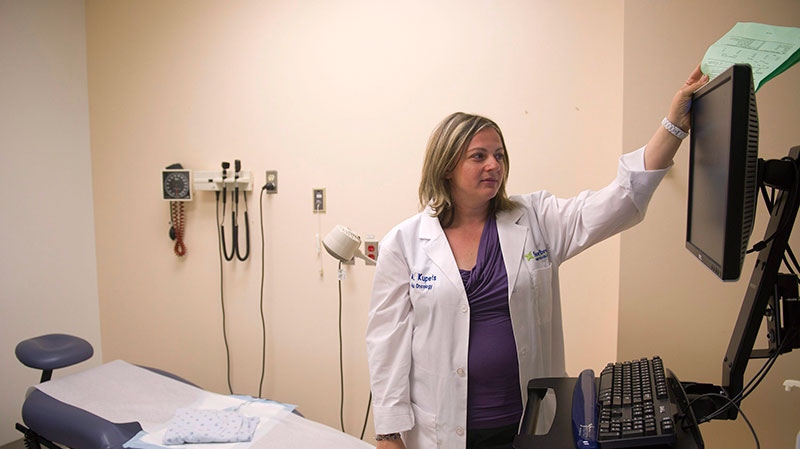 TORONTO -- Are young Canadian women undergoing too many Pap tests? New research suggests they probably are.

And the findings provide strong hints that change may be in the wind when the Canadian Task Force on Preventive Health Care issues new recommendations in January on who, when, how often and how to screen for cervical cancer.

This country was actually a pioneer in cervical cancer screening, and the benefits of that work are clear, the graphs and charts in the papers show.

In the decades since women started getting annual Pap smears -- now generally done at a two -or three-year interval -- new cases of invasive cervical cancer and deaths to the disease have plummeted.

In other words, what was a rare cancer has become rarer still. The Canadian Cancer Society estimates 1,350 Canadian women will have been diagnosed with cervical cancer this year, and 390 will die from the disease in 2012.

But the research shows that most of the gains -- the cancers averted, the deaths prevented -- have been in women in their 40s and beyond.

There are so few cervical cancer cases diagnosed in women in their teens and 20s that there appears to be little benefit in screening women that young, the papers suggest.

And there are some risks, mainly from requiring women to undergo treatment for abnormal test findings that would never have become cancer, but which, once found, had to be treated.

"Discontinuing the practice of routine screening of women under the age of 25 could be given consideration due to the absence of theoretical basis and the clear harms caused by the treatment of lesions largely destined to regress," concludes one of the studies, published this month in the Journal of Obstetrics and Gynecology Canada.

Both studies were written by the same team of researchers, some of whom are from the Public Health Agency of Canada.

The Canadian Task Force on Preventive Health Care weighs medical evidence to advise doctors on what preventive health-care tests they should offer their patients.

With these guidelines, they are expected to tell doctors when women should have their first cervical cancer screening test, how often they should be tested and at what age they should stop. The guidelines will also likely deal with the type of test to be used in screening programs.

The January document will be the first updated recommendations on cervical cancer screening in years from the task force, which was inactive from 2005 to 2010 when the federal government stopped funding its work for a period.

Dickinson, a professor of family medicine at the University of Calgary, says the studies point to substantial benefit of screening for women who are in their 30s and beyond. But the benefits are much less evident below that, and especially for women younger than 20.

"Certainly for women under the age of 20, there is almost no cancer at all. So yes, that's really pointless," he says.

"For women 20 to 25, yes, the incidence (of cervical cancer) is very low. And we don't really seem to have made much difference to that (through screening). So we haven't lowered the incidence very much despite very intensive screening for those women."

In the absence of updated guidance from the task force, policy has evolved on a province-by-province basis.

About three years ago Alberta changed its approach, telling doctors to stop screening women before the age of 21 and to rescreen every three years after that if their Pap tests are normal. For women who've had normal Pap test results, screening stops at 70.

Other provinces followed. And while some devised variations of the Alberta policy -- Ontario says women who aren't sexually active by age 21 should wait until they are active to have their first Pap test -- in most parts of the country the starting age is 21 and the interval is three years.

These new studies suggest the starting age for screening might well be pushed out even further.

"This data looks at that and says: Well, hmmm, there's not a lot of benefit from doing it between 20 and 25," Dickinson says.

Some countries in Europe don't start screening for cervical cancer until age 30. Finland, for instance, focuses its screening effort on women aged 30 to 59, screening every five years if no abnormalities are spotted.

Dickinson says he's equivocal about whether 30 is the right age to start cervical cancer screening.

"One of the difficulties is that ... when people get cervical cancer at the young end of the age range, it tends to be the very rapidly developing sort, which is truly awful," he says.

"But the trouble is, screening doesn't work on those. Even if people get screened, a very rapidly developing cancer can get away even between the interval of two screens. Or even if it's found it may not be a treatable one, because it's so rapidly developing."

Most cervical cancer is caused by infection with human papillomaviruses, which are transmitted through sex. It is expected the new HPV vaccines will substantially lower the risk of cervical cancer for young women who get the vaccine before they become sexually active. But it will be a couple of decades before the full impact of the vaccine on cervical cancer cases and deaths will start to become clear.

That's why screening of younger women doesn't appear to hold much benefit. In fact, a working group of the International Agency for Research on Cancer says no countries should start cervical cancer screening before age 25, one of the studies notes.

Dr. Eduardo Franco, a cervical cancer expert at McGill University in Montreal, was involved in helping to develop U.S. screening guidelines that were issued earlier this year. They recommended screening start at age 21 and stop at 65 for women who've gone a lifetime with no abnormal tests.

"In fact, we had a lot of debate whether we shouldn't start at age 25 all together. Because even at age 21, from 21 to 24, it's also extremely rare," says Franco, who wasn't involved in these new papers and was not asked to contribute to the drawing up the new Canadian guidelines.

"Except that clinicians were not comfortable enough in just letting go. Remember, up until just recently, we were talking about annual Pap tests. And it's very hard to go away from the old formula ... and suddenly going to a new paradigm altogether."