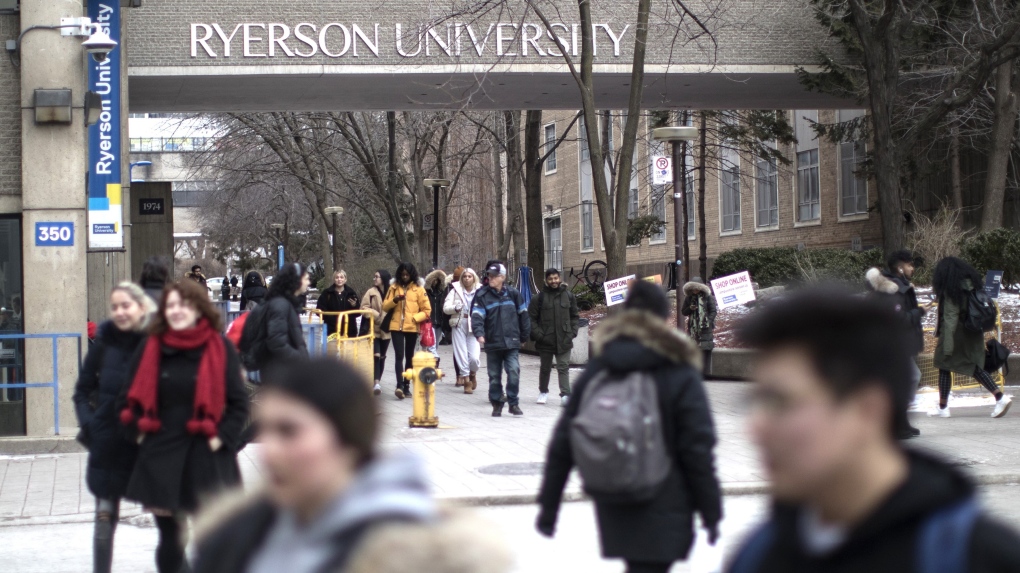 A general view of the Ryerson University campus in Toronto, is seen on January 17, 2019. THE CANADIAN PRESS/Chris Young

OTTAWA -- Students with attention-deficit hyperactivity disorder are much less likely to go to college or university than those with no long-term health conditions, according to a new report from Statistics Canada.

The gap suggests teachers need better training in how to work with students whose behaviour can come off as disruptive and who might seem uninterested in their studies, advocates say.

"They are going to have one to three kids with ADHD in every class they teach for the rest of their career, and this is just regular classrooms, yet we're not training them," said Heidi Bernhardt, the executive director of the Centre for ADHD Awareness.

Researchers found that young people with neither a mental-health nor a neurodevelopmental disorder, 77 per cent had enrolled in a post-secondary program.

Only 48 per cent of Canadians between 18 and 22 years old who had a diagnosed mental-health condition had enrolled in a post-secondary institution. That includes students diagnosed with emotional, psychological or nervous conditions, but nearly three-quarters of this group were diagnosed with ADHD, which is considered a mental illness.

The researchers found 60 per cent of youth diagnosed with neurodevelopmental disorders enrolled, including people with epilepsy, cerebral palsy, intellectual disabilities or learning disabilities.

Among young adults with both a mental-health and a neurodevelopmental condition, 36 per cent had enrolled in higher education.

The report used data from the National Longitudinal Survey of Children and Youth, as well as some data from income-tax returns.

Educators may misinterpret the symptoms of ADHD as bad behaviour, leaving students discouraged about learning and more prone to dropping out of high school, said Bernhardt. She said students with ADHD and no additional learning disabilities score eight to 10 per cent lower in math and reading.

Andrew King, director of communications at the Canadian Teachers' Federation, said there is no data on the number of teachers across the country who are trained in supporting students with special needs.

Bernhardt also said supports for students with ADHD are inconsistent across provinces.

Ontario has a system for identifying "exceptionalities" for students that divides disorders into five different categories, including autism and intellectual disabilities. ADHD isn't on that list.

Dr. Philippe Robaey, head of the ADHD team at the Children's Hospital of Eastern Ontario, said learning organizational skills is the biggest challenge facing students with the disorder, which can be difficult when they struggle with staying focused on one task.

"When I see kids with ADHD, what they often will say is that 'I'm stupid.' Of course they are not, this is the perception they may just develop about themselves, but they are not able to do things so they can develop very poor self-esteem and not believe in what they can do."

Robaey said setting students with ADHD up for success starts with individualized learning plans and access to specialized classrooms and teachers who are equipped to encourage youth with special needs.