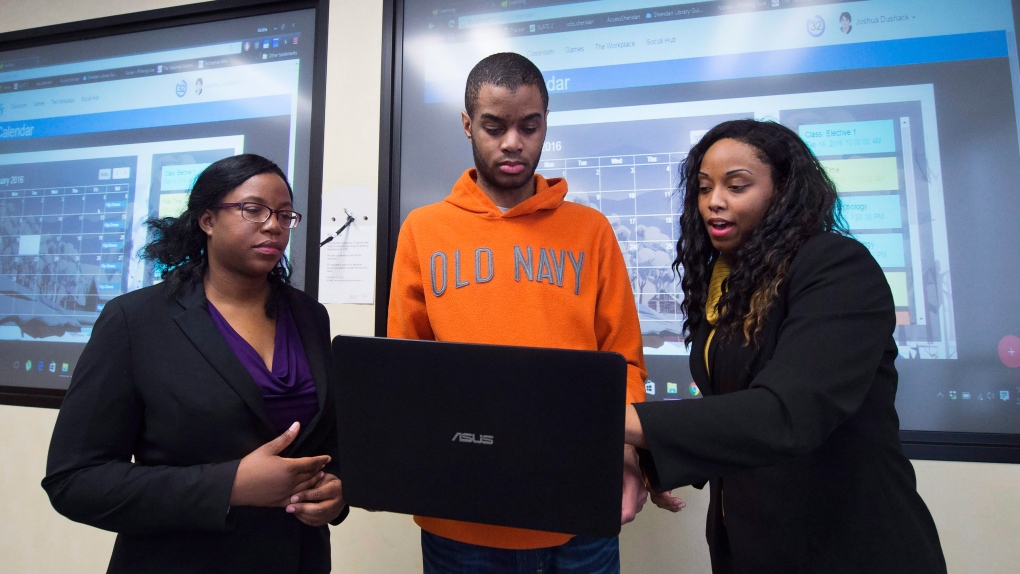 BRAMPTON, Ont. -- With her younger brother Christopher on the autism spectrum, Shauna Jones saw firsthand the need for digital tools to help him and others in their progression towards adulthood.

"He had a knack for technology, he had a knack for learning. The problem Christopher struggled with was interacting with others and really understanding social cues," Jones said of her 20-year-old sibling, a first-year student at Sheridan College.

"What I found was when he was going through middle school all the way to high school, we were getting a lot of support.... But when he was going into that transition to university-college it was kind of a haze."

After finding a scarcity of autism-focused tech tools, Jones and fellow Sheridan student Keisha Alcott set out to bridge the gap themselves. The software development and networking engineering students teamed with peers Michael Macdonald and Paul Pham on a final-year digital project called Motify, which they hope to eventually offer to the public.

The app -- a fusion of the words "motivate" and "simplify" -- includes a number of tools to help in skills development for people with autism. Autism spectrum disorder and autism are part of a group of complex disorders of brain development characterized by challenges with social interaction, communication and repetitive behaviours.

An interview preparation tool was of key interest to the developers. In an introductory video, they cite studies revealing that relatively low percentages of people on the spectrum complete post-secondary education and work full-time.

Using a webcam, a user's facial features and vocal intonation are recorded, followed by analysis and feedback on how they've performed, said Alcott, 28.

"It will also store your recorded interview so you can see how you did and have been improving over time."

"When you play a game and you fail one time, you look at what you did and you adapt to it. You say: 'OK, I did badly this time, let me change what I did.' And that is an amazing skill that sometimes people with autism have trouble with -- adapting to change," said Alcott. "And yet, studies have shown that games help improve these things."

Both Jones and Alcott see the potential for Motify to make an impact.