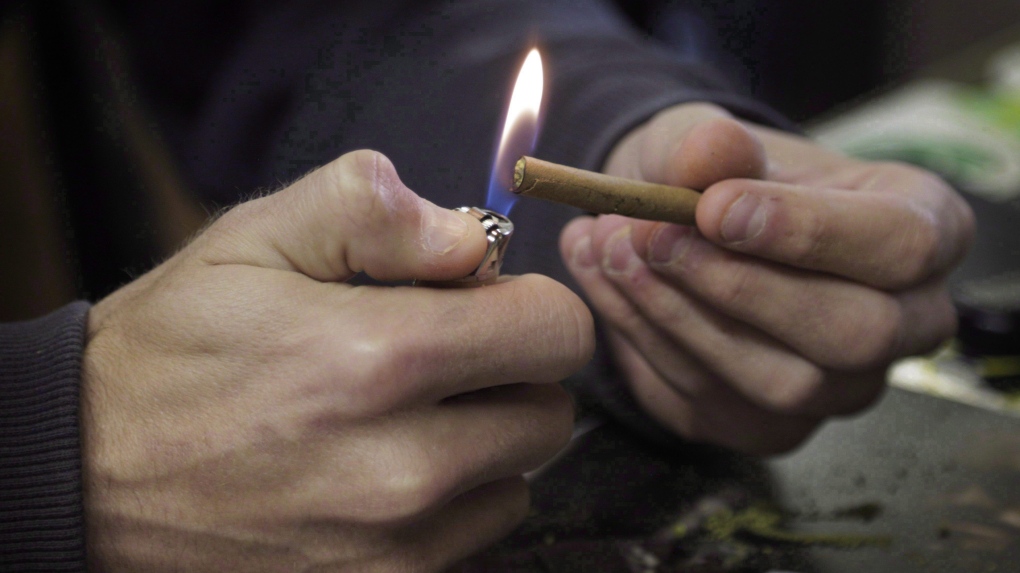 A man lights a marijuana cigarette at on April 25, 2017. (THE CANADIAN PRESS/Joe Mahoney)

Smoking pot may double the risk of stroke in young adults, a U.S. group of researchers is warning.

In a new study published Monday in the journal Stroke, incidences of stroke were compared with marijuana use in more than 43,000 adults between the ages of 18 and 44. People who used marijuana more than 10 days per month were found to have 2.45 times greater odds of having a stroke. Those cannabis users were more likely to be 34 years old or younger, physically active, heavy drinkers and users of cigarettes or vapes.

The new research, which will be presented at the American Heart Association’s Scientific Sessions conference this month, comes amidst increasing legalization across North America, including 11 U.S. states and here in Canada, where cannabis edibles were legalized last month.

"As these products become increasingly used … getting clearer, scientifically rigorous data is going to be important as we try to understand the overall health effects of cannabis," said Robert Harrington, president of the American Heart Association, in a statement.

Stroke is the third leading cause of death in Canada, according to government data.

The study used 2016-2017 Behavioral Risk Factor Surveillance System data from the Centres for Disease Control and Prevention. The researchers did not examine specific biological reasons for a link between cannabis and increased stroke odds, instead comparing frequency of marijuana use and stroke incidence. Nor does the research specify the method of use -- medicinal or recreational -- but researchers hypothesized that there would be a “negligible effect” if the results were weighted to consider use.