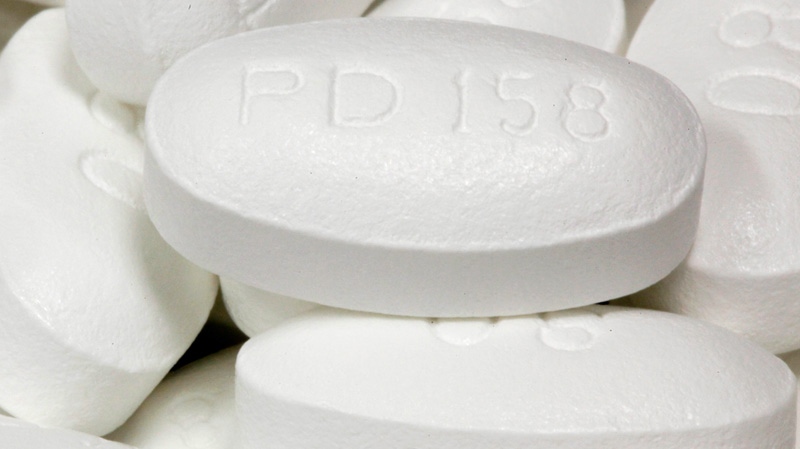 TORONTO -- Health Canada has updated the labelling for commonly prescribed cholesterol-lowering drugs called statins to warn users they may be at a small increased risk of developing diabetes.

The department announced the change Thursday, 11 months after the Food and Drug Administration took similar action in the United States.

Toronto-based drug safety researcher Dr. David Juurlink questioned why it took Health Canada so much longer to act on this issue than the U.S. drug regulatory body.

"It's not acceptable," said Juurlink, a specialist in internal medicine and clinical pharmacology at Toronto's Sunnybrook Health Sciences Centre.

"Canadians have a right to wonder why the agency tasked with protecting their health should act so much more slowly than its U.S. counterpart. And Health Canada should explain why."

The Canadian Press put that question to Health Canada on Thursday. The department acknowledged receipt of the question but did not immediately provide an answer.

On Feb. 28, 2012, the FDA announced it had updated labels on statin drugs to include several additional risks associated with taking the drugs, including increases in blood sugar levels and the risk of being diagnosed with Type 2 diabetes.

In an advisory released Thursday, Health Canada said it has concluded, based on a review of all available data, that the risk of diabetes "appears to be mainly in patients with pre-existing risk factors for diabetes."

It lists those risk factors as having high levels of glucose or triglycerides, being obese or having high blood pressure.

Juurlink said many people who use statins to control their cholesterol levels would have some of these risk factors.

"When it comes to keeping the public abreast of drug safety issues relevant to millions of patients, there is no justification for a delay of close to a year," he said.

Health Canada said it believes the benefits of the medication still outweigh its risks, but it recommended that doctors carefully monitor the use of statins by patients who have diabetes risk factors.

As for people taking the drugs, the department said users who have concerns should talk with their doctors. It said people should not stop taking the drugs without consulting a health-care professional.

People who take a statin and who experience symptoms associated with increased blood sugar -- severe frequent urination, thirst or hunger -- should contact their doctor, the department said.