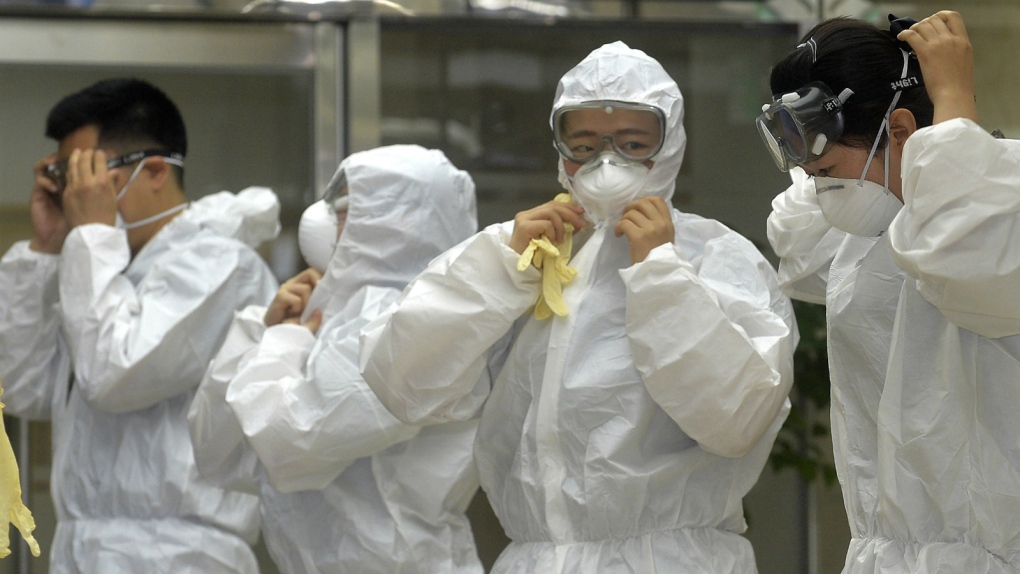 SEOUL, Korea, Republic Of -- Authorities in South Korea temporarily closed two hospitals amid persistent fears over the MERS virus outbreak, which has killed 14 people through Saturday, though health officials continue to claim the outbreak has already peaked.

Twelve new infections were reported on Saturday, and a 67-year-old woman became the latest fatality, the Health Ministry reported.

Nearly 140 people in South Korea have been diagnosed with Middle East respiratory syndrome since the country reported its first case last month. The outbreak, the largest outside Saudi Arabia, has been occurring only in hospitals, among patients, family members who visited them and medical staff treating them.

Still, it has caused widespread fears and rumours, and about 2,900 schools and kindergartens remained closed Friday.

South Korean officials are hoping the disease will begin to ease since the virus' maximum two-week incubation period for those infected at a Seoul hospital considered as the main source of the outbreak ended Friday. However, several hospitals have treated MERS patients, and the later incubation periods for them are raising worries of possible new sources of infections.

There are currently no MERS patients at the two hospitals, but dozens of medical staff and existing patients are quarantined at the facilities. Mediheal is to reopen on June 23, and Changwon SK on June 24, city officials said.

Central government officials say there is little chance of the virus spreading from those hospitals because they are quarantining and monitoring those who had contacts with infected people.

However, some experts say the outbreak could continue if there are a large number of infected people who evaded government quarantine measures and spread the virus.

Most of the deaths have been of people suffering from pre-existing medical conditions, such as respiratory problems or cancer.

Three MERS patients in their 70s died on Friday and they had suffered from conditions such as pneumonia, asthma and lung diseases before they were confirmed as having MERS, the Health Ministry said. The woman who became the country's 14th fatality had been combating thyroid problems and high blood pressure.

Experts think MERS can spread in respiratory droplets, such as by coughing. But transmissions have mainly occurred through close contact, such as living with or caring for an infected person.

MERS has a death rate of about 40 per cent among reported cases. It belongs to the family of coronaviruses that includes the common cold and SARS, and can cause fever, breathing problems, pneumonia and kidney failure.