Some U.S.-grown onions recalled in Canada over salmonella concerns 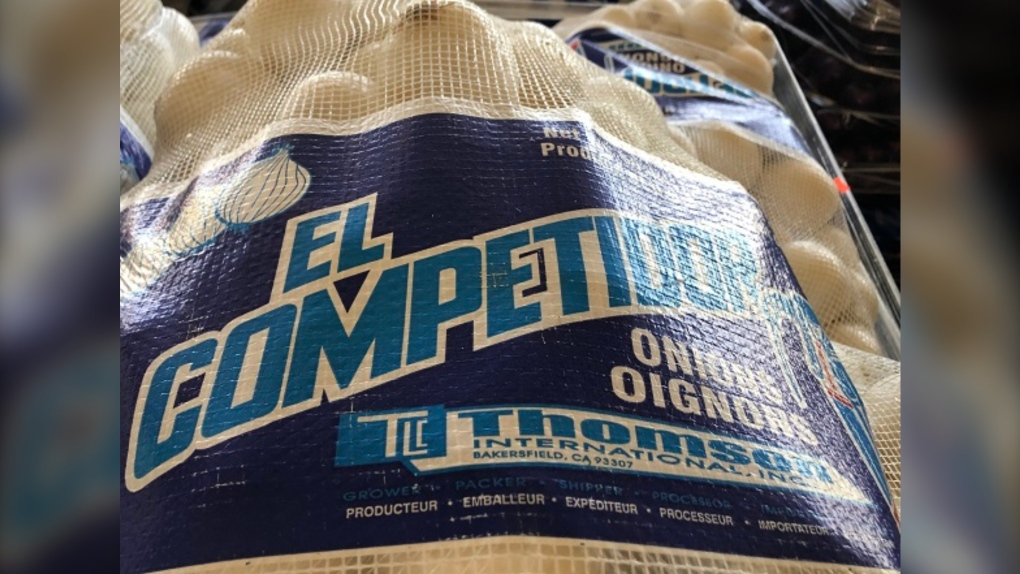 TORONTO -- Canada's food inspection agency has issued a recall of some U.S.-grown red, yellow, white and sweet yellow onions due to ongoing concerns over salmonella contamination.

The Canadian Food Inspection Agency (CFIA) provided more detail on Saturday about the recall for the onions, which are grown by Thomson International Inc. in Bakersfield, Calif. The recall was issued on Thursday after an outbreak of salmonella made at least 120 people sick across five provinces.

The recall notice was issued in Canada followed a recall in the United States by Thomson International Inc. Affected provinces and territories include Alberta, British Columbia, Manitoba, Ontario, Saskatchewan, the Northwest Territories and Yukon.

Recalled brands include El Competidor, Imperial Fresh, Onions 52, Tender Loving Care, Thomson International, Thomson International Premium and Thomson Premium. The recalled product may have been sold in bulk or in smaller packages with or without a label and may not bear the same brand or product names.

The CFIA said retailers, distributors, manufacturers and food service establishments including hotels, restaurants, cafeterias, hospitals and nursing homes should not serve, use or sell the onions.

Recalled products should be thrown out or returned to the location where they were purchased, the CFIA said. If establishments are unsure of the identity of their onions, they are being told to contact their place of purchase.

Salmonella bacteria, which occur naturally in animal intestines, are commonly transmitted through contaminated foods that come from animal sources like poultry, beef, and dairy, though fresh produce can also be a source.

PHAC recommends practicing safe hygiene habits including hand-washing for at least 20 seconds before handling raw meat and fresh produce, as well as after, and making sure food is cooked to a safe internal temperature. Raw food should also be kept away from other foods at all times.

According to the recall notice, food contaminated with salmonella may not look or smell spoiled but can still make people sick.

The Canadian outbreak, which began sometime in mid-June, has sickened 120 people with salmonella newport illness as of Sunday with 17 people hospitalized due the outbreak.

South of the border, nearly 400 people spread across 34 states have become sick, according to the CDC, with 59 people hospitalized.

No one has died in Canada or the United States.

The CFIA said its investigation is ongoing as it looks into other possible sources of infection and additional food recall warnings may by issued.