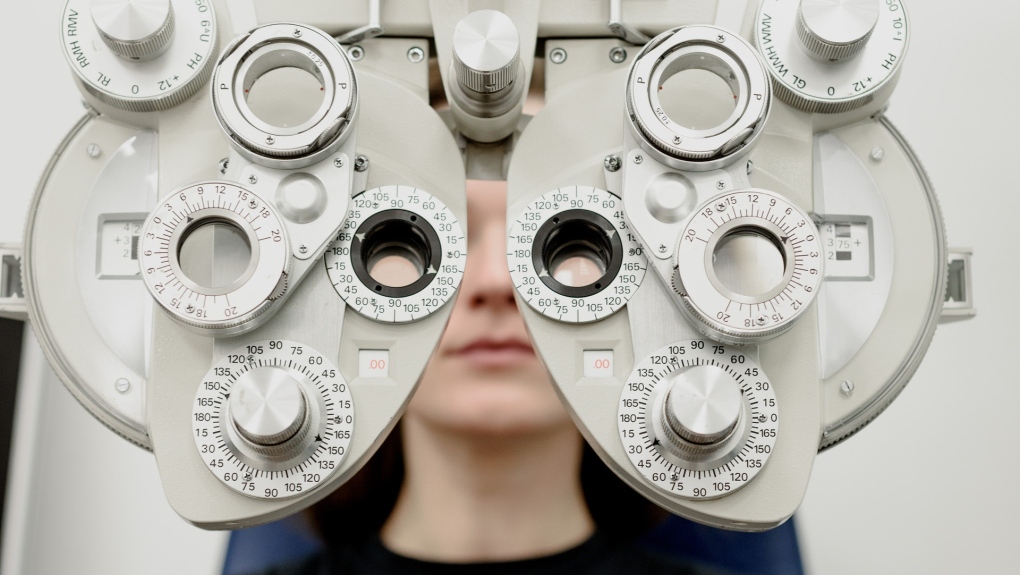 A girl is seen getting an eye exam in this stock photo. (Ksenia Chernaya/Pexels)

TORONTO -- A new study has found a link between socio-economic status and lazy eye, with researchers saying this may stem from families of immigrants and those of ultra-Orthodox religion being less likely to bring their children in for regular vision screenings or follow through with treatment plans.

Researchers from the Hebrew University and doctors from the Israel Defense Forces Medical Corps and Hadassah-University Medical Center in Jerusalem tracked the prevalence of lazy eye, known medically as amblyopia, among 1.5 million Israeli teens.

The researchers analyzed their medical records and socio-economic data between 1993 and 2017.

While rates of amblyopia have been declining in the country since 1993, the study found that one per cent (14,367) of teenagers between the ages of 16 and 18 had lazy eye. The researchers say this is an issue as not much can be done to correct the visual impairment at this late age.

Lazy eye is a childhood condition where the vision does not develop properly because one or both eyes are unable to build a strong link to the brain. The study notes that the condition usually only affects one eye, causing the child to see less clearly out of the affected eye and rely more on the other eye.

Researchers say lazy eye can cause permanent visual damage, impair daily activities such as reading, walking or driving, and lead to social and financial deficits later in life if not diagnosed or treated by the age of seven.

The findings were published Monday in the European Journal of Public Health.

The studied teens were potential military recruits, according to researchers, who already had to undergo mandatory health checks to assess their eligibility for military service, such as eye exams, as well as providing information about their socio-economic status, schooling, country of birth, family income, and cognitive function scores.

Researchers reported that lower socio-economic status and scoring lower on cognitive function tests increased the odds of one having lazy eye among those studied.

"While the overall prevalence of amblyopia has decreased, being in the lowest socio-economic status and having below average cognitive function scores increased the odds of lazy eye in both males and females," Hebrew University of Jerusalem professor and the study's lead author Hagai Levine said in a press release.

In addition, researchers found that the prevalence of lazy eye was double among young men who grew up in ultra-Orthodox settings compared to those raised in secular communities.

The study also found a higher rate of lazy eye among teens born outside Israel, specifically immigrants born in the Soviet Union, North Africa and Ethiopia, in comparison to immigrant teens from other countries or Israeli teens born to parents from these countries.

As well, the study noted that Israeli citizens have state-mandated medical insurance and treatment options at "minimal costs are theoretically available" to any child who needs them.

The study's authors say more research is needed to better understand the barriers that create differences in lazy eye prevalence among various groups.

According to the study, it is estimated that between one and five per cent of children worldwide have lazy eye.