Smokers may be at greater risk of depression and schizophrenia, study finds 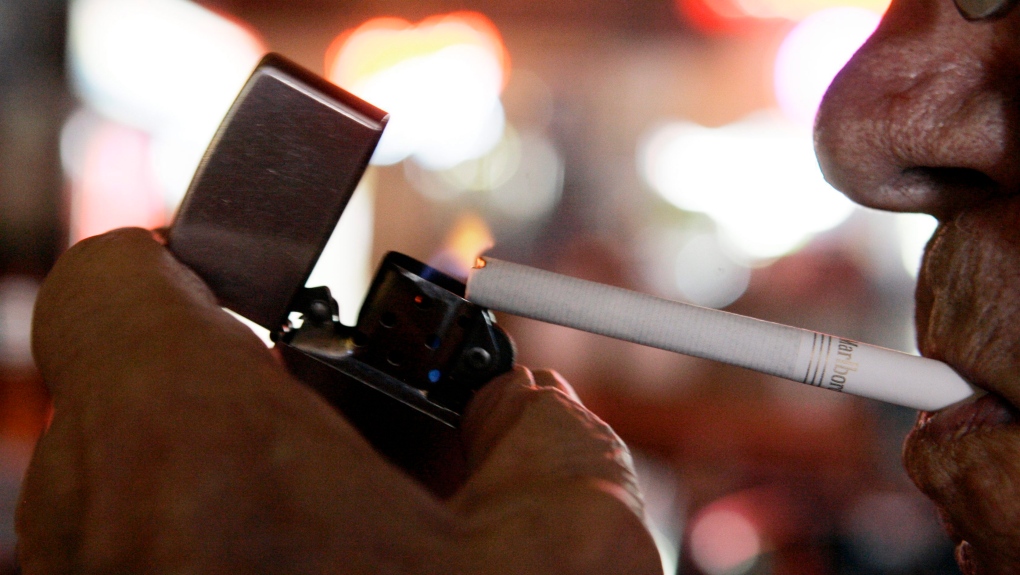 In this June 11, 2009 photo, a customer at the Red Key Taven in Indianapolis lights a cigarette. (AP Photo/Darron Cummings)

People who smoke tobacco may be at a higher risk of developing depression and schizophrenia, according to a new study.

A team of researchers led by scientists from the University of Bristol in the U.K. has added weight to growing evidence that smoking can have a negative effect on mental health.

Rather than simply looking at whether the smokers had a genetic predisposition to depression or schizophrenia, the researchers used genetic data to examine cause-and-effect relationships with smoking,

"Individuals with mental illness are often overlooked in our efforts to reduce smoking prevalence, leading to health inequalities," the study's lead author, Robyn Wootton, said in a statement.

"Our work shows that we should be making every effort to prevent smoking initiation and encourage smoking cessation because of the consequences to mental health as well as physical health."

This involves identifying genetic variations associated with a trait, such as depression or schizophrenia, and then testing for those variations against an exposure, like smoking, in a group of subjects.

This allows researchers to examine whether this relationship is causal.

The same team found that smoking also increases the risk of bipolar disorder, in another Mendelian randomization study published in September.

The researchers recommended that psychiatric hospitals be made smoke-free to avoid detrimental effects on mental health.

The full study was published Wednesday in the journal Psychological Medicine.

David Curtis, a retired consultant psychiatrist and honorary professor at University College London and Queen Mary University of London, who was not involved in the study, interprets its results differently to the authors.

Curtis said he doesn't think it's plausible that smoking acts directly on the brain to increase schizophrenia risk, and the results likely show the effect of mothers smoking when they are pregnant -- a risk factor for schizophrenia.

"So what we are likely seeing is that the mothers of people with schizophrenia were at a higher genetic risk of smoking, smoked during pregnancy and thereby increased the risk of schizophrenia developing in their children," he said in a statement.

"And of course they would then also pass on an increased genetic risk of smoking to those children, which is what this study is picking up."

Around the world, people with mental illness die up to 20 years earlier than the general population, according to a Lancet Psychiatry Commission report published July.

And in January 2018 another study concluded that use of either marijuana or cigarettes is associated with a higher risk of psychotic-like experiences in teenagers.

Psychosis describes the mental condition of losing touch with reality, such as experiencing hallucinations or delusions.