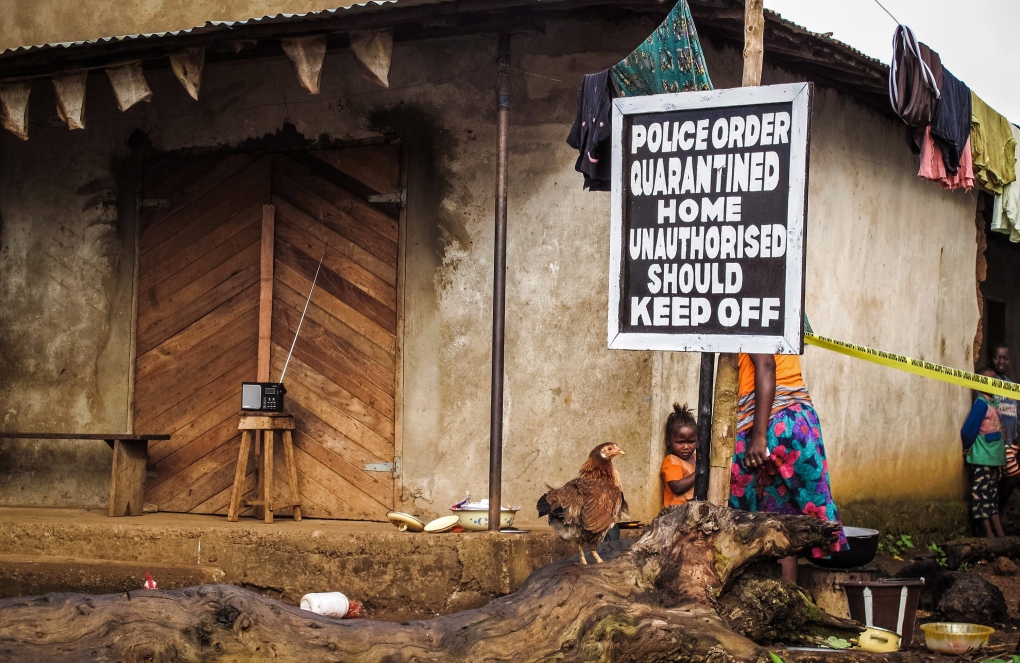 In this file photo taken on Wednesday, Oct. 22, 2014, A child, center, stands underneath a signboard as a family home is placed under quarantine due to the Ebola virus in Port Loko, Sierra Leone. President Ernest Bai Koroma has reinstated restrictions in Sierra Leone in response to the rise in confirmed cases of Ebola. (AP /Michael Duff, File)

Sierra Leone recorded 18 new cases of Ebola in the week ending Saturday, up from 16 new cases last week. This breaks the trend of declining cases in Sierra Leone. There were clusters of new cases with many related to fishing.

The measures re-imposed include a nighttime ban on all boats launching from shore and from commercial vehicles off-loading goods in western market areas. Naval vessels will patrol the shore and wharves.

In addition there will be restrictions on ferries and health checkpoints by the police will be strengthened. President Ernest Bai Koroma announces new restrictions in Sierra Leone in response to rise in confirmed cases of Ebola. Public transportation will be reinstated which limit the numbers of passengers in taxis to two in cars and 4 at the back of large taxi vans.