Should you floss before or after brushing? New study offers answer 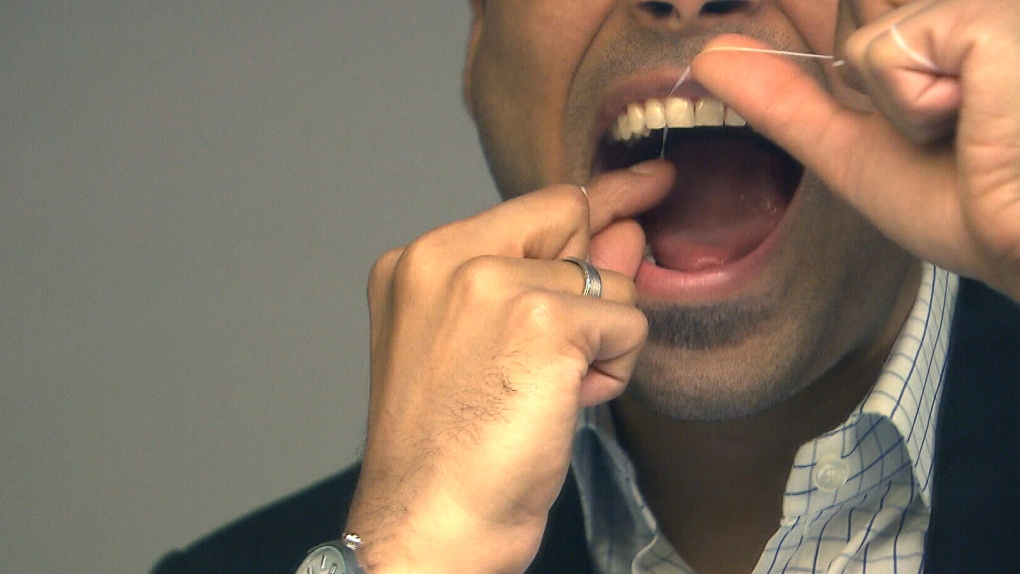 New research suggests there is an ideal time to floss -- and it’s not the week before your next dentist appointment.

The report, published by the American Academy of Periodontology (AAP), found that flossing before brushing led to the best overall results.

Researchers assessed 25 participants who were asked to try both methods: flossing before brushing, and brushing before flossing.

Scientists analyzed the patients’ mouths and found that the amount of plaque between the teeth and inside the mouth was “significantly reduced” when flossing came first.

The reason, researchers suggest, has to do with rinsing. When bacteria and other debris are dislodged when flossing, a good brush with a rinse of water helps clear out the stray particles.

“While this study finds that flossing before brushing may result in the reduction of plaque, it’s important for everyone to remember to do both every day to maintain the health of their smiles,” Daniel said in a statement.

Whether or not flossing makes a difference is another question entirely.

In 2016, The Associated Press published a bombshell report in which U.S. government officials admitted that the effectiveness of flossing had never been researched despite being formally recommended in the Dietary Guidelines for Americans.

The recommendation was removed following AP’s requests for the government’s proof.

Professional groups pushed back against the report, citing other studies.

The American Dental Association released a statement saying that, while the average benefit of flossing is “small” and the quality of evidence is “very low,” even a small benefit “may be helpful” to fight periodontal disease, which affects about half of Americans.