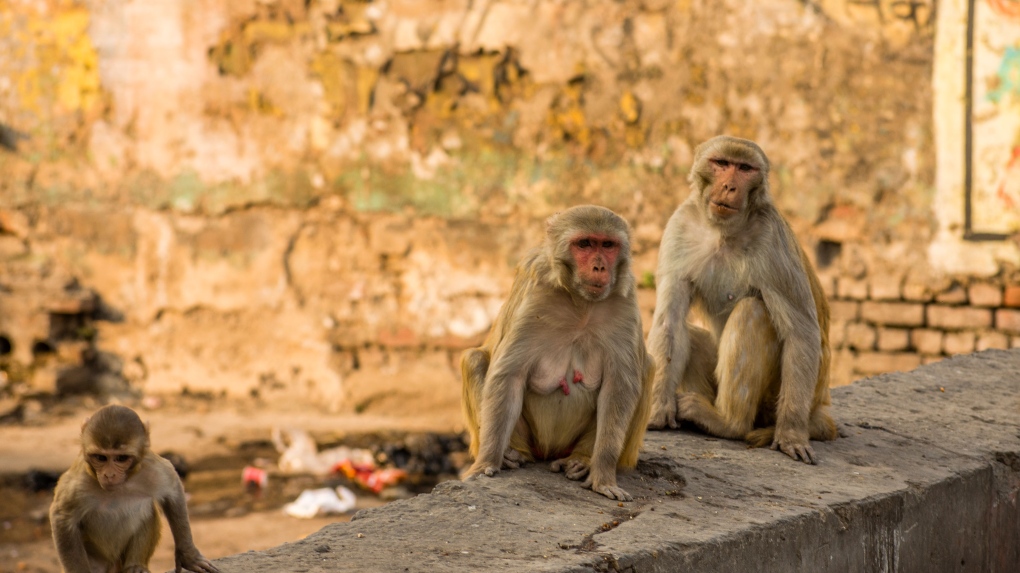 Simian hemorrhagic fever, an arterivirus that is already endemic in wild African primates and mostly impacts macaque monkeys, may have the potential to become the next monkeypox or even the next HIV in the future, researchers say.

Although no human infections have ever been reported with these viruses, experts caution that we should be watching them now.

“This animal virus has figured out how to gain access to human cells, multiply itself, and escape some of the important immune mechanisms we would expect to protect us from an animal virus. That’s pretty rare,” Sara Sawyer, professor of molecular, cellular and developmental biology at University of Colorado Boulder, and senior author of the research, said in a press release.

“We should be paying attention to it.”

Arteriviruses have been studied in pigs and horses, but the versions that targets non-human primates are less understood. SHFV causes deadly illness among macaque colonies, with symptoms of internal bleeding and fever similar to Ebola. Often, SHFV results in death for the macaques infected.

Researchers found that SHFV uses a specific cell receptor called CD163 to infect the monkeys. Research shows that primates with differences in this receptor are sometimes less susceptible to infection with SHFV, showing the importance of this receptor.

Researchers realized that all of the proteins required for SHFV to replicate inside the host body were present in human cells as well, although they are expressed differently within humans.

In order to test if the virus could feasibly infect a human, they performed a series of lab experiments with a range of ape DNA, including human DNA, and found that SHFV was able to enter human cells using the human version of CD163.

The study called this the “first hurdle of successful spillover to humans.”

Researchers added SHFV to several human cell lines and found that SHFV could even replicate using human proteins, which goes far beyond simply being able to enter the cells.

The receptor CD163 is present exclusively in myeloid cells such as monocytes and macrophages, both of which are types of white blood cells. White blood cells play a huge role in our health, helping to protect our bodies against infection. If these cells are impacted by a virus, the consequences can be dire.

So, does this mean that SHFV is going to sweep through humans next, causing death and destruction?

Not yet — it’s important to remember that there have been no cases of this virus jumping from animals to humans. No pandemic is on the horizon at this point, authors stress.

But they say it’s worrying that this virus appears to have many of the tools needed to start infecting humans.

“The similarities are profound between this virus and the simian viruses that gave rise to the HIV pandemic,” Cody Warren, assistant professor in the College of Veterinary Medicine at The Ohio State University and first author of the study, said in the release.

The predecessor of HIV was simian immunodeficiency virus (SIV), which first crossed from African monkeys into apes sometime between 1884 and 1924, according to the Encyclopedia Britannica. As the virus mutated, it eventually turned into the devastating virus we now know as HIV.

When HIV/AIDS began to reach pandemic levels among humans, no treatment existed, and there were no accurate tests. As of 2022, more than 40 million people worldwide have been killed by HIV/AIDS, the release noted, and 2,000 people die of the disease globally every day.

This cautionary tale means that if we take the threat of SHFV seriously now, and put more research efforts into studying it, we may be able to avoid disaster if the virus ever does cross over into humans.

“If we knew about the biology of SIVs and the risks that they posed earlier, could we have been more effective at combating the HIV pandemic sooner?” Warren said. “I believe that we could have.”

There’s no guarantee that SHFV ever will become a threat to humans, as some viruses with the lab-proved ability to jump to humans simply never have. But even if it’s not this virus, more pandemics are coming in the future, and more research is needed to monitor threats, researchers say.

“COVID is just the latest in a long string of spillover events from animals to humans, some of which have erupted into global catastrophes,” Sawyer said. “Our hope is that by raising awareness of the viruses that we should be looking out for, we can get ahead of this, so that if human infections begin to occur we’re on it quickly.”

Elon Musk — the SpaceX founder, Tesla CEO, and, most recently, Twitter owner — hosted a flashy event on Wednesday night for yet another one of his companies: Neuralink, the startup proposing implants that connect your brain to a computer.