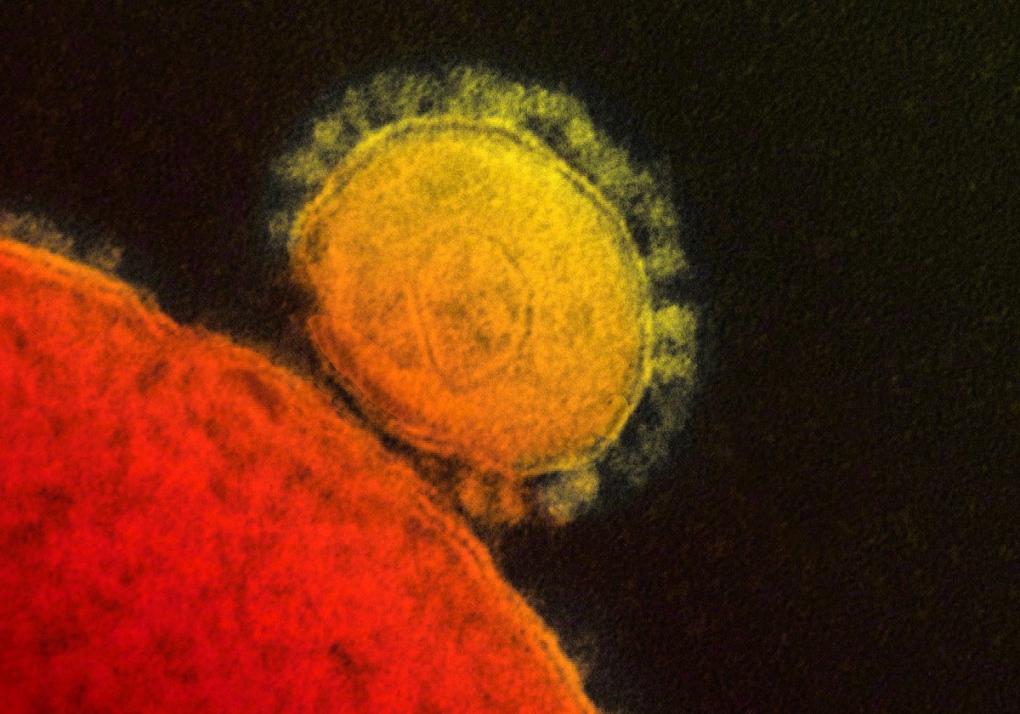 A colourized transmission of the MERS coronavirus that emerged in 2012 is shown. (THE CANADIAN PRESS/HO, National Institute for Allergy and Infectious Diseases)

RIYADH, Saudi Arabia -- Saudi Arabia's toll from a respiratory virus that has spread from the Middle East rose to 115 with three more deaths reported, the health ministry said Monday.

A 45-year-old man and two women in their 50s have died after contracting the Middle East Respiratory Syndrome in the western city of Jiddah, according to the latest update. The Health Ministry said three other people have contracted the disease -- two in the capital, Riyadh, and one in the city of Medina. A total of 414 confirmed cases have been identified in the kingdom so far.

The disease, originally identified in 2012 in the Middle East, has since spread to other parts of the world.

MERS belongs to a family of viruses known as coronaviruses that include both the common cold and SARS, or severe acute respiratory syndrome, which killed some 800 people in a global outbreak in 2003. MERS can cause symptoms such as fever, breathing problems, pneumonia and kidney failure.