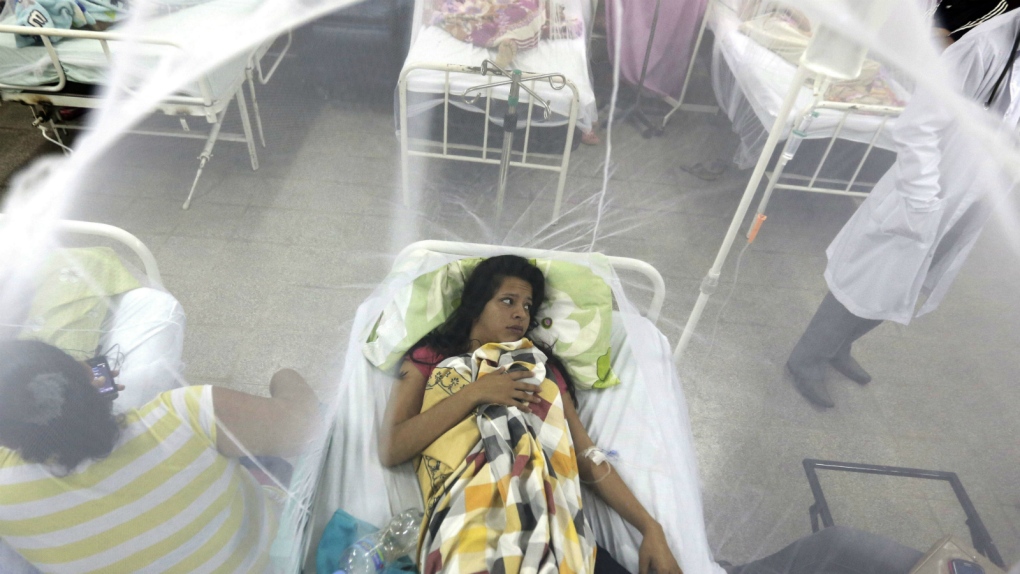 Nadia Gonzalez, enclosed in a mosquito net, recovers from a bout of dengue fever at a hospital in Luque, Paraguay on Feb. 5, 2016. (AP Photo/Jorge Saenz)

MANILA, Philippines -- The manufacturer of a dengue vaccine whose use was suspended by the Philippines last week after a study showed risks of severe cases in people without previous infection says it is working to resolve those fears.

Dr. Ng Su-Peing, global medical head at Sanofi Pasteur, said Monday that those stricken with dengue in the study all had fully recovered.

Most of the study participants who fell ill after receiving the vaccine had cases in the milder two of four levels of severity: Dengue Hemorrhagic Fever 1, where a tourniquet test is positive and a patient easily bruises and DHF 2, where the patient’s nose and gums could bleed.

The Department of Health suspended its dengue public immunization program, the world’s first, after Sanofi’s new findings on the vaccine, Dengvaxia.