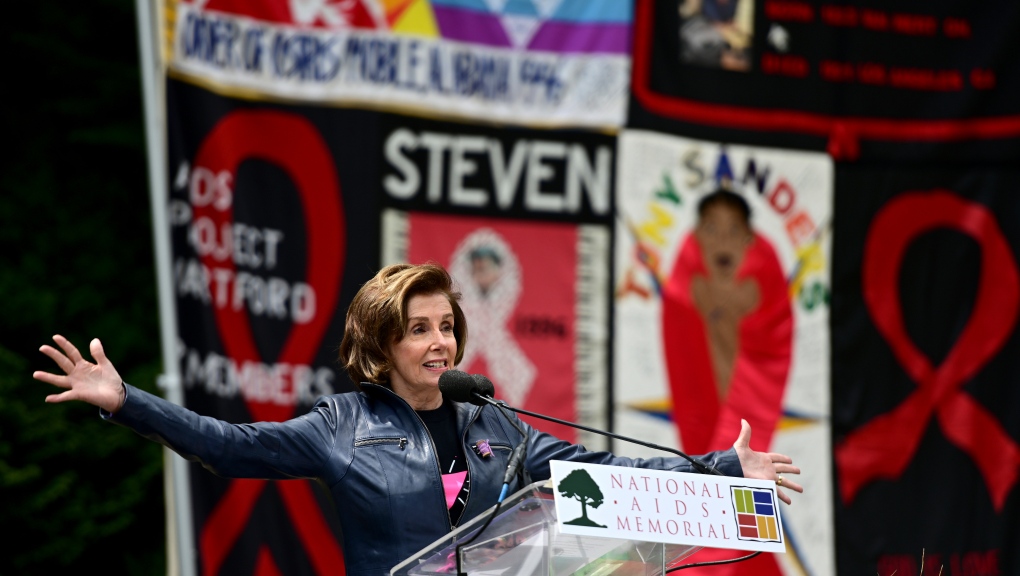 San Francisco played a critical role in fighting AIDS in America and around the world, leaders and activists said Saturday at a ceremony to mark the 40th anniversary of the first reported cases of the illness in the United States.

When the first AIDS cases were reported in 1981, "San Francisco was left on our own," Breed said, "but we did what San Franciscans do best -- we came together. ... The system of care developed to help those struggling with HIV/AIDS was developed right here in San Francisco. The renowned research that continues to this very day was established right here in our great city."

Pelosi, who hosted the first fundraiser for the now-famous AIDS Quilt, said the city's compassionate, persistent and science-based approach to the crisis has helped San Francisco and the nation.

Pelosi said AIDS activism has also served as a model for other campaigns, including the fights against breast cancer, for marriage equality and against the military's former "don't ask, don't tell" policy that prevented gay people from openly serving, the Chronicle reported.

Joshua Gamson, a member of the National AIDS Memorial Grove board, noted the coincidence of attending an AIDS memorial while the nation is getting through the coronavirus pandemic.

"It's odd to be coming out of a pandemic and reflecting on another," Gamson said. "This is my first time in the grove since the pandemic, and I feel like I'm coming out of a cocoon and into the memories of the AIDS pandemic."

The ceremony finished with a line of people formed to start the hours-long ritual of reading the names of the people who have died from AIDS.

Prime Minister Justin Trudeau announced more money for Ukraine -- including a $200-million loan through the International Monetary Fund -- at the end of the Group of Seven leaders' summit in Germany.

Leaders of the world's wealthiest democracies struck a united stance to support Ukraine for 'as long as it takes' as Russia's invasion grinds on, and said they would explore far-reaching steps to cap Kremlin income from oil sales that are financing the war.

A 101-year-old man was convicted in Germany of 3,518 counts of accessory to murder on Tuesday for serving at the Nazis' Sachsenhausen concentration camp during the Second World War.

Mary Mara, an actress known for roles on 'ER' and 'Ray Donovan,' has died, her manager, Craig Dorfman, said in a statement to CNN. She was 61.

Most people in Canada do not think people should have to swear an Oath of Allegiance to the Queen, according to a poll ahead of Canada Day.

'There won't be occupiers': City of Ottawa, police prepared for Canada Day protests

City of Ottawa staff and the Ottawa Police Service are ensuring residents that planned protests on Canada Day will not devolve into the kind of occupation that residents endured this past winter.