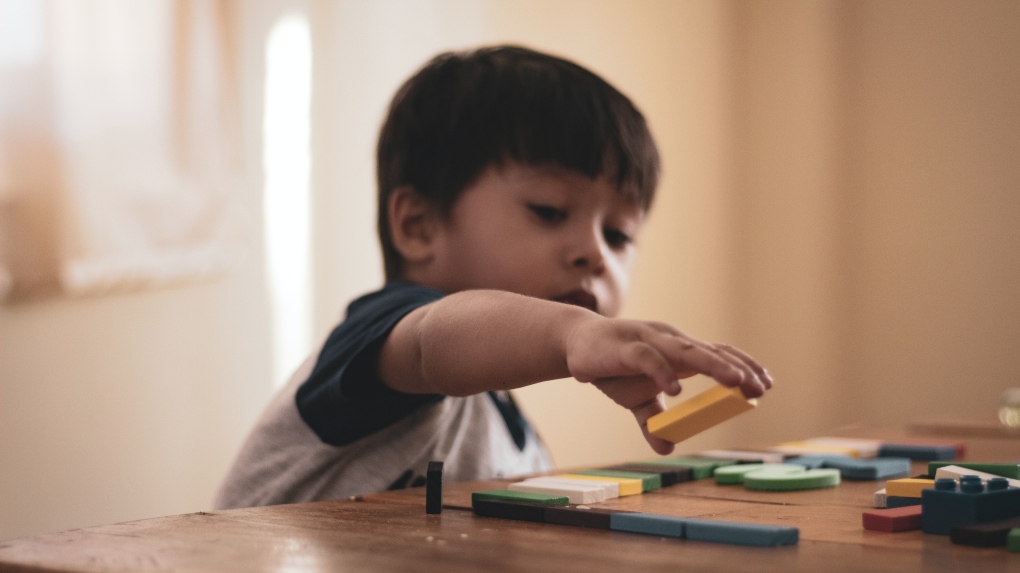 A child doing a puzzle is seen in this image. (Pexels)

TORONTO -- New research suggests there is evidence of a link between a deficiency in gut microbes and autism spectrum disorder.

The study from China, published last week in Science Advances, looked at the stool and urine samples of 39 children between the ages of three and eight with autism spectrum disorder (ASD) and compared them to samples of 40 children of the same age without the condition to serve as a control.

The stool samples were tested using metagenomic sequencing, a way of looking at the genome of a large pool of microbes or organisms, and discovered 18 of the 209 microbes found in the samples showed “significant differences” between the ASD and control groups.

Some of the biggest differences came from the detoxifying enzymes, which are in charge of removing toxins from the things that humans ingest.

While the researchers note more study is needed in the matter, they suggest ASD could develop in children due to this deficiency, which could allow the toxins to enter the bloodstream and injure some brain cells.

“The ingested environmental toxicants that may cause damage to mitochondria are substantially detoxified by intestinal microbes,” the study notes. “The loss of such protection in ASD may contribute to mitochondrial dysfunction, one of the major pathological alterations in various tissues of ASD children, including the brain.”

Gut bacteria has become a focus of medical research in recent years, as evidence mounts that the trillions of bacteria in the human gut microbiome can significantly impact someone’s health.

While proving a direct link between gut bacteria and a host of conditions has been difficult, researchers have explored its possible links to bipolar disorder, malnutrition, childhood obesity and depression.

Additionally, gastrointestinal problems are fairly common among children with ASD. Other studies have suggested that fecal transplants may help reduce the symptoms of autism.