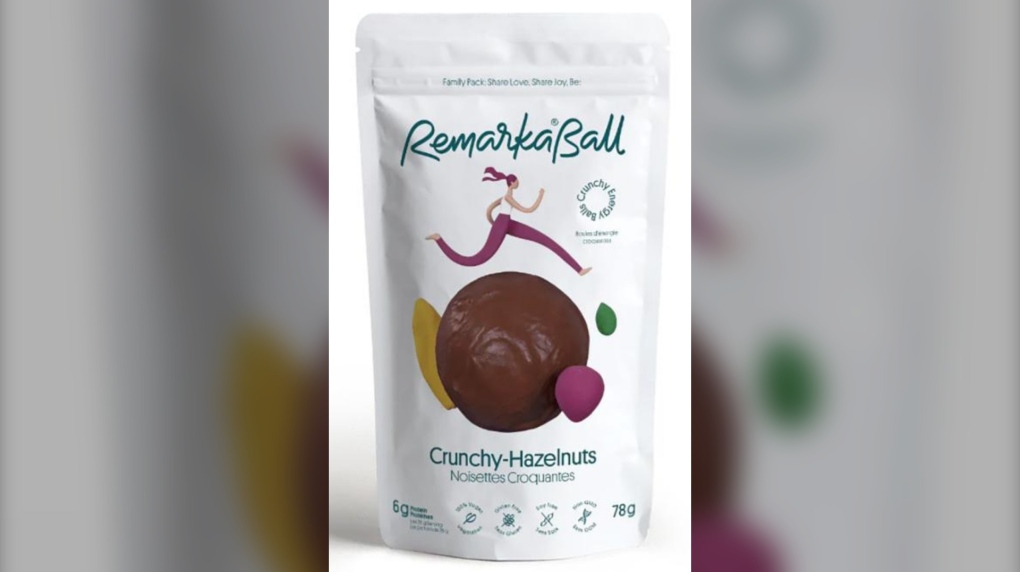 Two flavours of RemarkaBall brand Crunchy Energy Balls have been recalled because they may contain undeclared milk. (Government of Canada)

The Canadian Food Inspection Agency has issued a recall for two flavours of RemarkaBall brand Crunchy Energy Balls because they may contain milk which is not declared on the label.

The affected products were sold in Alberta and online.

There have been no reported reactions linked to the product.

Customers are being told to either throw the energy balls out, or return them to where they were purchased.

The CFIA says it is conducting a food safety investigation, which may lead to the recall of other products.

This report by The Canadian Press was first published June 30, 2022.

Massive explosions and fires hit a military depot in Russia-annexed Crimea on Tuesday, forcing the evacuation of more than 3,000 people, the second time in recent days that the Ukraine war's focus has turned to the peninsula.

Two of the people behind an accusation of political interference in the investigation of the April 2020 mass shooting in Nova Scotia will be before a House of Commons committee Tuesday.

As heat waves become more common and extreme due to the effects of climate change, the data centres that provide the backbone for the online services the public relies on are at risk of overheating.