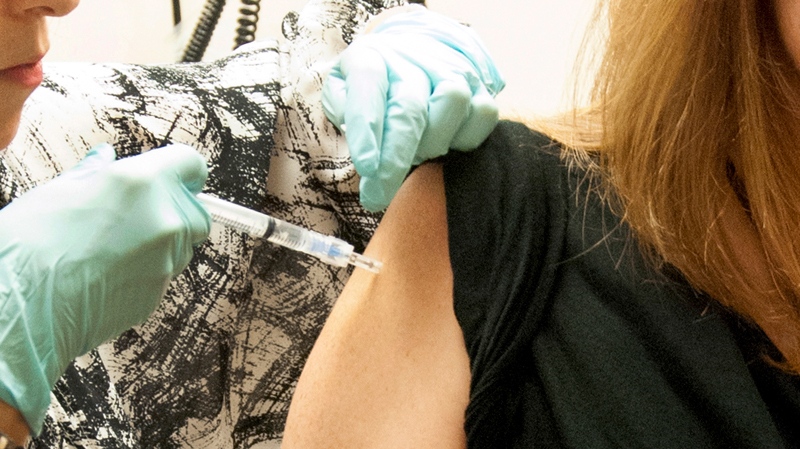 CONAKRY, Guinea -- A Red Cross team was attacked while collecting bodies believed to be infected with Ebola in southeastern Guinea, the latest in a string of assaults that are hindering efforts to control West Africa's current outbreak.

One Red Cross worker is recovering after being wounded in in the neck in Tuesday's attack in Forecariah, according to Benoit Carpentier, a spokesman for the International Federation of Red Cross and Red Crescent Societies.

Family members of the dead initially set upon the six volunteers and vandalized their cars, said Mariam Barry, a resident. Eventually a crowd went to the regional health office, where they threw rocks at the building.

The attack is the most recent in a series that have plagued teams working to bury bodies safely, provide information about Ebola and disinfect public places. The most shocking was the abduction and killing last week in Guinea of eight people, health workers educating people about Ebola and the journalists accompanying them.

Ebola is believed to have infected more than 5,800 people in Liberia, Sierra Leone, Guinea, Nigeria and Senegal. The unprecedented size and sweep of the outbreak have led governments to impose severe measures to control it, like a recent nationwide lockdown in Sierra Leone to look for the sick and spread information. On Wednesday, Sierra Leone said 30 more cases uncovered during the shutdown tested positive for Ebola, raising the total number discovered over the three days to 160.

Resistance to efforts to control the disease -- from outright denials that Ebola exists to fears that the very people sent to combat it are in fact carriers -- has frustrated efforts to end or slow the disease's spread in all three of the most affected countries, Liberia, Sierra Leone and Guinea, say officials.

In April, Doctors Without Borders briefly pulled out its team from the Guinean town of Macenta after their clinic was stoned. In Liberia, the homes of some of the infected have been attacked. Last week, Red Cross workers were threatened in Sierra Leone, Carpentier, the Red Cross spokesman, said.

The disease is so new to this part of the world and so terrifyingly lethal that many people fear all outsiders associated with Ebola, even if they are coming to help, said Meredith Stakem, a health and nutrition adviser for Catholic Relief Services. In addition, many people in these communities may not be familiar with even basic biological concepts of disease transmission, and Ebola is contradicting what they do know.

"There's not a lot of diseases that can be transmitted by corpses," she said. "It's hard for people to comprehend that the dead body is actually a threat."

Ebola is spread by bodily fluids including sweat and corpses are particularly infectious.

The handling of dead bodies is deeply personal and rooted in tradition, especially in many parts of West Africa where the washing of bodies is common. It is often the teams trying to prevent those practices that have been targeted, said Carpentier. Much of the resistance is in remote, insular areas.

"It has gotten better," he said. "The problem is it has to be 100 per cent" or the virus will persist.

The conventional methods used to control Ebola -- isolating sick people and tracing all their contacts -- are buckling under the sheer size of the outbreak. On Wednesday, the World Health Organization offered hope that there may soon be another way to control the disease, saying there may be sufficient quantities of a vaccine by the end of the year to have some impact on the outbreak.

That would make this the first Ebola outbreak to be tackled with vaccines or medicines in the nearly 40 years since the disease was discovered. Because Ebola only pops up sporadically, there has been little incentive to develop any drug or vaccine; most of the promising candidates have been largely funded by governments.

"It may be that without a vaccine, we may not be able to stop this epidemic," Dr. Peter Piot, director of the London School of Hygiene and Tropical Medicine and a co-discoverer of Ebola, told a news conference this week. "In this outbreak, we are reaching the limit of what classic containment measures can achieve."