Rare cholera outbreak on Vancouver Island: 'We have not seen this before' 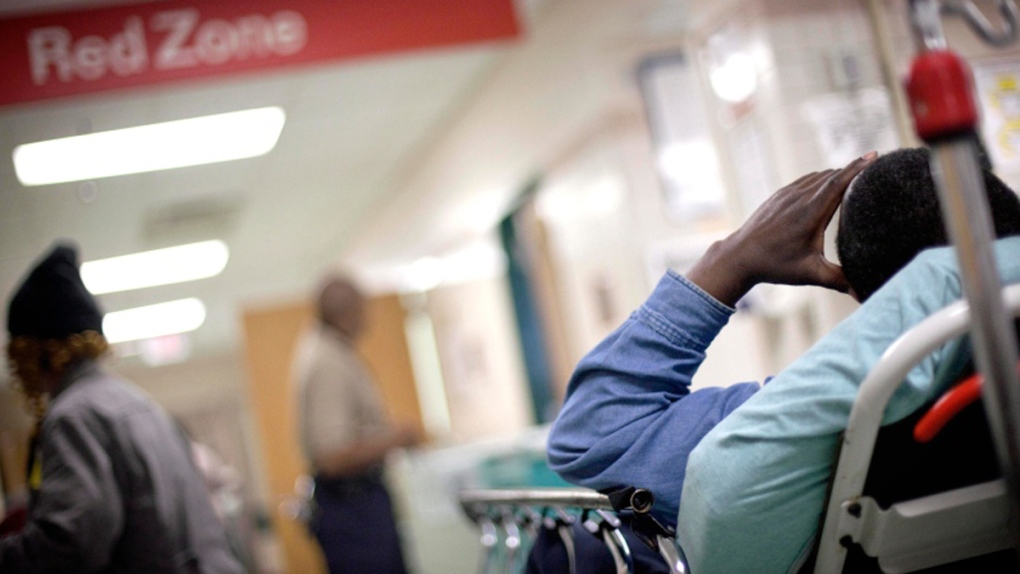 A patient waits along the wall of a hallway in a hospital emergency room in this 2011 photo. (AP / David Goldman)

VANCOUVER -- As many as four people have been infected with cholera in British Columbia, in what health officials are calling an extremely rare case.

Testing is still under way to determine the exact strain of the bacterial infection, she said.

"This is unique. We have not seen this before in B.C.," Waters said.

Symptoms of cholera include nausea, vomiting and diarrhea that can lead to extreme dehydration.

Cholera may be passed person-to-person, but is usually contracted from bacteria in food or water sources infected with fecal matter, Waters said.

There have been a few cases in the United States, where people contracted the illness from eating raw or undercooked shellfish from the Gulf of Mexico, according to the Centers for Disease Control.

"These illnesses have been associated with herring egg consumption. Herring egg harvest is typically, on Vancouver Island, a First Nations harvest," Waters said. "The spawn had just happened earlier this month. People had harvested and were distributing between family, friends, communities."

Island Health and the First Nations Health Authority are asking people in the area to wash their hands thoroughly, report to a doctor if they feel any symptoms and contact them if anyone has stored herring eggs.

Waters said health authorities don't know exactly where the illness is coming from, but it could be a symptom of the changing marine environment.

"Our oceans are a valued resource for food, travel, recreation and they're under pressures from sewage, from boat traffic and from rising temperatures. Our health is connected to the oceans and I think this is a sign of that," Waters said.

She said at least one stool sample tested positive for the bacteria and less than five people are believed infected, but she could not give specific numbers for privacy reasons.

Cholera killed at least 20,000 people in Canada in the 1800s, but the disease has largely been eradicated in this country.

The Ontario Ministry of Health says an average of one case per year is reported in that province, but all of those individuals were exposed to cholera in a country where the disease is endemic.

The disease is most common in places with inadequate water treatment, poor sanitation and inadequate hygiene.

More than 100,000 people die from cholera around the world each year, the U.S. Centers for Disease Control said.