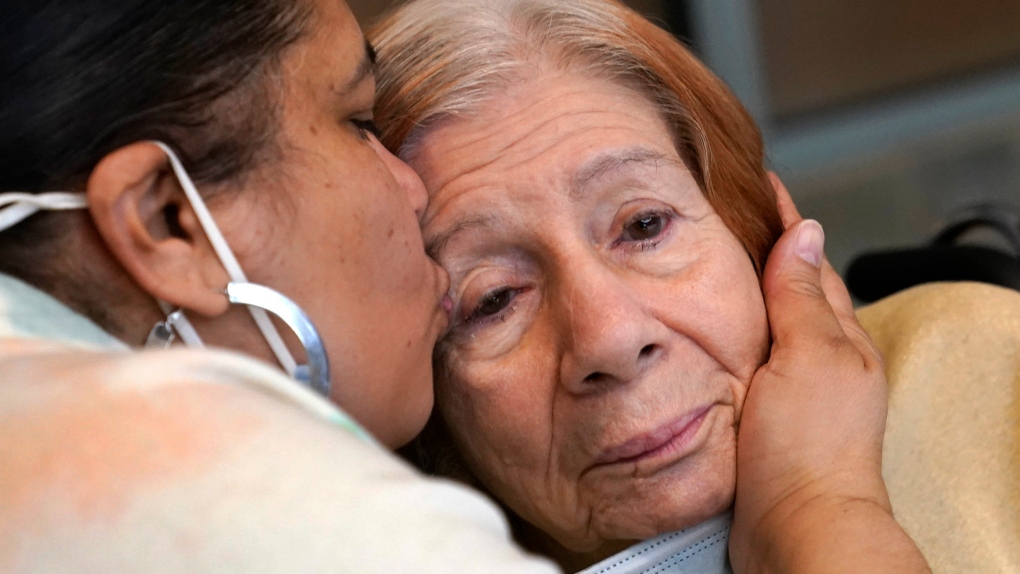 A simple and common bone density scan could help identify if someone is at risk of developing late-life dementia, according to a new international study led by researchers in Australia.

Scientists found that calcification of plaque in the abdominal aorta captured in lateral spine images from a bone density machine may be a reliable marker for dementia late in life, according to the paper published in the peer-reviewed journal, The Lancet Regional Health – Western Pacific on Sunday. This could help with early intervention to help reduce the chances of developing the disease later, researchers said.

In Canada, approximately 76,000 new cases of dementia are diagnosed each year according to 2017 data from the Public Health Agency of Canada. In total, more than 403,000, or over seven per cent, people aged 65 and older live with dementia in the country, two-thirds of whom are women.

Dementia results from brain cells that are damaged and unable to communicate normally with one another, which can affect changes in thinking, behaviour and emotions. The condition, and Alzheimer’s disease in particular, is also known to have an extended asymptomatic period of up to 20 years, according to researchers.

The abdominal aorta is the largest artery in the body and calcification of that blood vessel is already a useful predictor for other health risks including heart attacks and stroke, chronic kidney disease, rapid bone loss, and low muscle mass. It is also associated with stiffening of blood vessels that can result in increased pressure on small vessels in other organs like the brain which can also damage those organs.

Previous research already determined a significant overlap between cardiovascular disease and vascular dementia and Alzheimer’s. A number of those risk factors, such as high blood pressure, obesity, smoking and high cholesterol, can be addressed with dietary and behavioural changes.

The results from the new prospective cohort study suggest an easy, affordable, and safe method of assessing dementia risk based on existing technology.

For the study, researchers assessed the abdominal aortic calcification in images taken from scans of 958 women over the age of 70 in 1998, with the calcification levels split into low, moderate and extensive. To account for other potential variables, cardiovascular and genetic dementia risk factors were also evaluated. Participants were followed over the course of nearly 15 years and late-life dementia (over the age of 80) were identified through hospital and mortality records.

Researchers found that women with medium to high levels of abdominal aortic calcification were twice as likely to face hospitalization or death as a result of dementia compared to women with low calcification levels, after adjusting for cardiovascular and genetic risk factors.

“Specifically, we demonstrated that over half of the older women with AAC were at two to four times the risk of late-life dementia hospitalisation and deaths over the next 15 years,” researchers wrote, adding that importantly, the extent of the calcification and the genetic risks provided complementary prognostic information, “suggesting this may be a novel way to identify high risk older women.”

Co-author professor Simon Laws, who heads the Centre for Precision Health at Edith Cowan University, noted in a statement that abdominal aortic calcification levels helped identify dementia risk in those who didn’t carry the key genetic risk marker found in half of those who develop Alzheimer’s disease, the most common form of dementia.

Bone density tests are fairly common – according to one report, nearly 400,000 bone mineral density tests were conducted in Ontario between 2014 and 2015. Researchers behind the study said an additional scan for the lateral spine can be easily added to standard bone density tests.

“It’s generally very quick and easy to capture these scans and they are less-invasive, cheaper and miniscule in radiation exposure compared to X-rays or CT scans,” said co-author Joshua Lewis, an associate professor with the university, in a statement.

Lewis added that researchers were working with a computer science team at the university to automate the abdominal aortic calcification assessments, which would speed up the diagnostic process.

Researchers identified some limitations to the study, including reliance on hospital discharge administrative data, which are fairly accurate but low on detail compared to reviewing patient charts. The study is also observational in nature, which means causality cannot be established. Another limitation is that abdominal aortic calcification could be due to reasons unrelated to the thickening or hardening of the arteries from the buildup of plaque.

“There’s an adage in dementia research that what’s good for your heart is good for your brain,” said Laws, adding that identifying dementia risk earlier in life could be critical in helping to prevent the condition.

“What’s come to light is the importance of modifying risk factors such as diet and physical activity in preventing dementia: you need to intervene early and hopefully this study allows for the earliest possible change and the greatest impact.”

For the second time in less than a month, a resident of Ashcroft, B.C., died while waiting for health care.