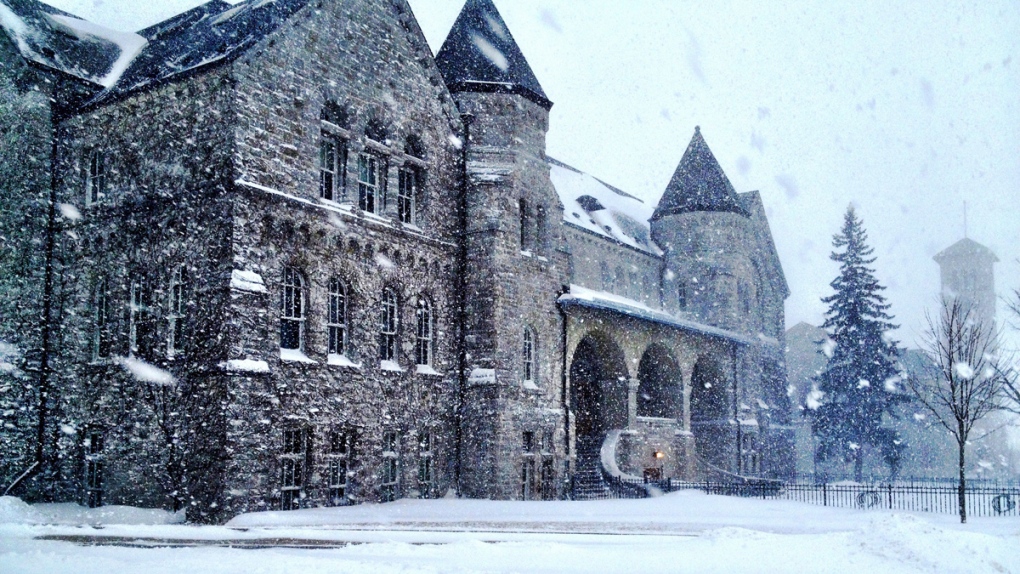 TORONTO -- A health sciences professor who came under scrutiny over claims she was teaching anti-vaccination materials will not be allowed to teach the same class in the foreseeable future, Queen's University said Thursday.

Melody Torcolacci will also have to work closely with academic officials to ensure that any future course offerings are based on material that's intellectually sound.

The announcement came from Alan Harrison, provost at the Kingston, Ont., university. He was asked to investigate complaints levelled against Torcolacci earlier this month.

The adjunct professor with the school of Kinesiology and Health Studies made headlines after some slides for her Health 102 course were posted to social media. The powerpoint presentation seemed to suggest an anti-vaccine focus.

Harrison said he reviewed the controversial slides in the broader context of Torcolacci's lectures, which he said were slightly more nuanced than the content in the presentation.

Harrison's said in a written account of his review of the Torcolacci case that he was "not able to state unequivocally that the instructor's sole intention was to present the case against vaccination."

While he stopped short of saying the professor was intending to push an anti-vaccination message, he said that conclusion was reasonable based on the material presented in her slides.

"Many who were not at the lectures but saw only the slides asserted that it was her intention to make the case against vaccination," Harrison said in a telephone interview from Kingston, Ont. "My response was that, when reviewing the slides, one is able to understand how they reached this conclusion."

The controversy erupted when both current and former students took to Twitter criticizing the content of Torcolacci's course material.

One of the PowerPoint slides states there is no scientific proof vaccines aren't contributing to increased incidences of chronic illness and disability in children. Another quotes an alternative medicine website as saying it's not known whether fetuses are harmed when pregnant women get flu shots.

In fact, many studies have explored that question and have concluded that pregnant women should be vaccinated against influenza, which can cause more severe illness during pregnancy. An alleged link between measles vaccine and autism, which first gained traction in 1998, has also been soundly debunked.

Harrison said this was not the first time Torcolacci's slides had come under scrutiny. He confirmed that Ian Gemmill, the local Medical Officer of Health, had approached Torcolacci's Health Studies department head, Jean Cote, with concerns in 2011.

Harrison said Cote discussed the concerns with Torcolacci at the time, but conceded more should have been done.

The scandal has cast a pall over the university, Harrison said, landing as it did in the midst of a resurgent public debate about vaccinations triggered by a global measles outbreak.

Harrison said the department is in the midst of an unrelated review of its course offerings adding that he expects that process to show that the Torcolacci case was an anomaly.

"This was not their finest hour, but overall I think their programs are of high quality and I'm confident that the quality assurance process, when it's concluded, will offer the same comment," he said of the department.

Harrison said Torcolacci, who is currently on a leave of absence until the end of April at her own request, will not be teaching Health 102 next time it's offered.

He said she will also work closely with Cote to ensure that the content in her other courses is "intellectually rigorous" and adheres to the guidelines all instructors are expected to follow.

"When scientific evidence is being discussed, that means You present it in an objective fashion, that you direct students to primary sources not secondary sources, that if you have your own biases -- and everyone has biases -- that you declare the biases," he said. "Those are the expectations we have of faculty members."

Torcolacci did not immediately respond to the Canadian Press' request for an interview.