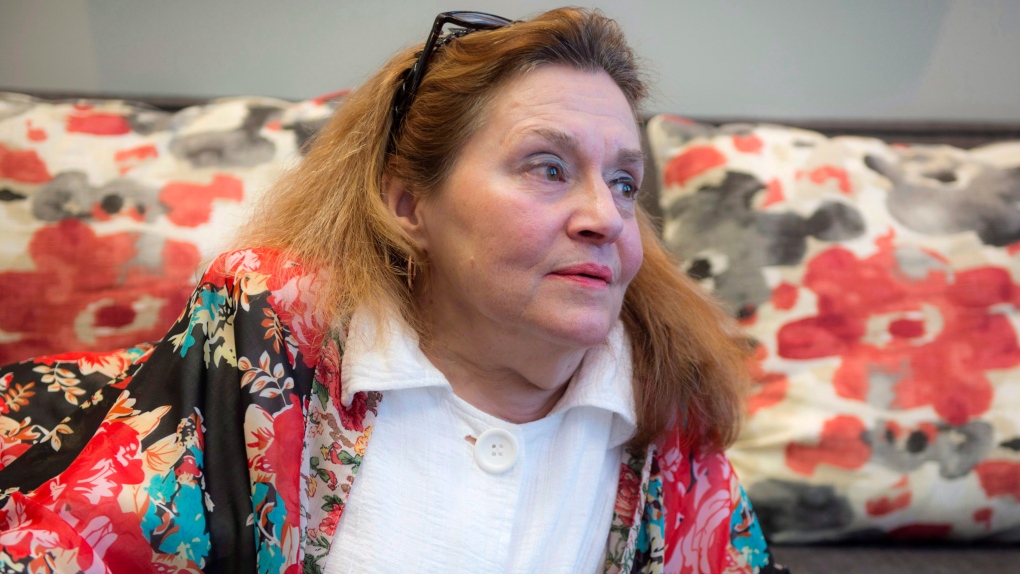 Nicole Gladu, who is incurably ill, is seen in her lawyers office Wednesday, June 14, 2017 in Montreal. Gladu and Jean Truchon filed an action in Quebec Superior Court arguing the eligibility requirements for physician-assisted death are too restrictive and violate their rights to the procedure. (THE CANADIAN PRESS / Paul Chiasson)

MONTREAL -- Two Quebecers suffering from incurable degenerative diseases are arguing that laws governing medical assistance in dying are unconstitutional and that legislators exceeded their powers by setting overly strict criteria.

The case brought by Nicole Gladu and Jean Truchon against the governments of Quebec and Canada entered its final phase Monday with the beginning of closing arguments before Quebec Superior Court Justice Christine Baudouin.

Under federal law, a person's natural death must be "reasonably foreseeable" before they can receive medical assistance in dying. The Quebec law similarly says people must "be at the end of life." Because Gladu and Truchon did not meet the criteria, doctors turned down their requests.

"I want to continue, as much as possible, to control my destiny," Gladu said outside the courtroom. She said it is not a question of wanting to die.

Jean-Pierre Menard, the lawyer representing Gladu and Truchon, said lawmakers went beyond what was spelled out in the Supreme Court's 2015 Carter decision.

He told the judge the federal legislation on medical assistance in dying represents "the first time the federal government has enacted a law that shrinks rights issued by the Supreme Court."

Lawyers for the provincial and federal governments have said the criterion that someone be at the end of life or that death be reasonably foreseeable is necessary to protect vulnerable people, such as those who are suicidal or have psychiatric problems.

Gladu said there are already other safeguards to protect the vulnerable, such as the requirements that someone be capable of giving consent, be informed and not be subject to external pressure.

Gladu, who suffers from post-polio syndrome, said she is hoping for a quick resolution of her case before her condition worsens. If it is not resolved by the end of 2019, she said she will go to Switzerland where she is eligible to receive medical assistance in dying. "I am lucky to have the means that allow me to do that," she said

Arguments are scheduled to continue until Feb. 28.