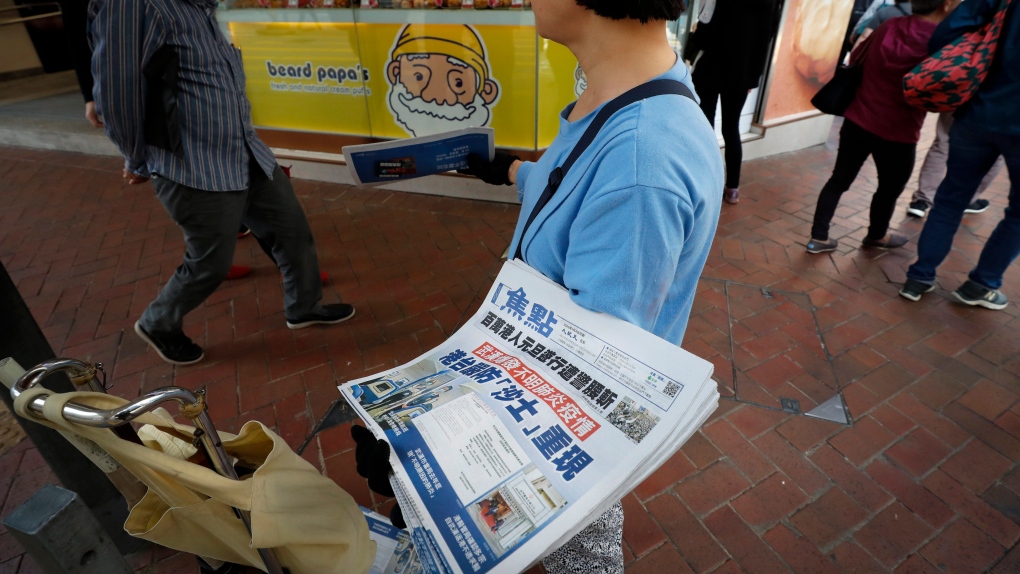 A vendor gives out copies of newspaper with a headlines of 'Wuhan break out a new type of coronavirus, Hong Kong prevent SARS repeat' at a street in Hong Kong, Saturday, Jan. 11, 2020. THE CANADIAN PRESS/AP-Andy Wong

OTTAWA -- The federal Public Health Agency says it believes Canadians are at low risk of contracting a new type of pneumonia that has killed one person and has made dozens sick in central China, but it has issued a warning to travellers to and from the city of Wuhan.

The health agency is advising travellers to and from Wuhan, in central Hubei province, to avoid high-risk areas such as farms, live animal markets, areas where animals may be slaughtered or surfaces with animal droppings or secretions.

Canada's chief public health officer Theresa Tam has also been in close contact with provincial and territorial counterparts to share information about the illness, which has sparked concerns over a possible outbreak similar to the SARS virus, which killed hundreds in 2002 and 2003.

The UN's World Health Organization said Thai officials have reported a traveller from Wuhan has been hospitalized in Thailand with the virus - the first confirmed case of the virus found outside China, where a total of 41 people are suffering from this new “coronavirus.”

The outbreak has been traced to Wuhan, where it affected several dozen people who had been to a major meat and seafood market.

The Public Health Agency of Canada says the likelihood of an outbreak in Canada linked to the cases in China is considered low at this time, mainly because of the lack of any clear evidence of person-to-person spread, but officials are remaining vigilant.