Preschoolers overwhelmingly get more screen time than WHO recommends: study 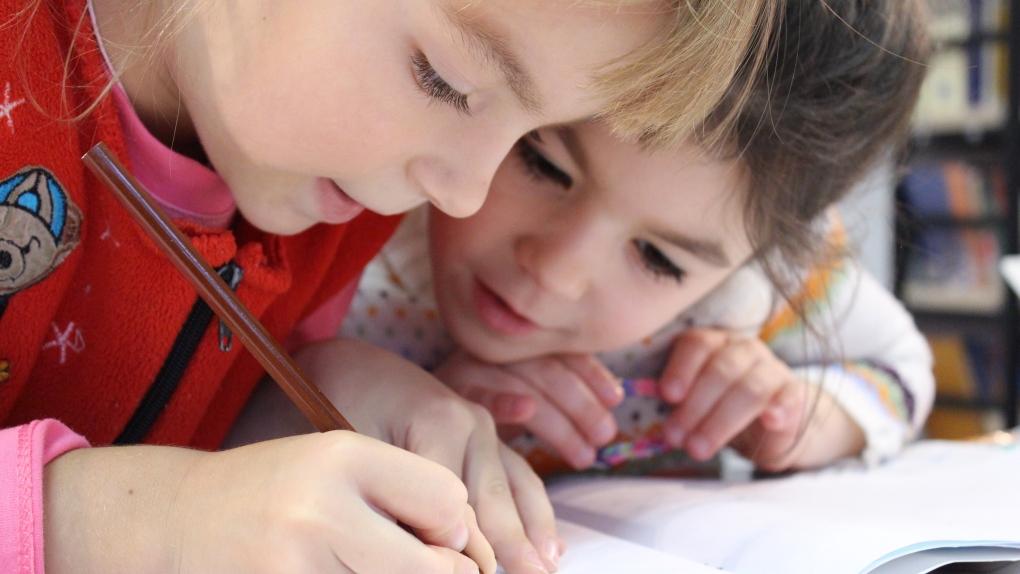 Preschoolers overwhelmingly get more screen time than WHO guidelines recommends, according to a new Canadian study. (Pixabay / pexels.com)

A new Canadian study suggests that preschoolers are overwhelmingly getting more screen time than is recommended for children their age, and that their parents’ personal TV habits could be a cause.

The research letter, published in JAMA Pediatrics on Monday, revealed that of the 1,595 two-year-old children and the 1,994 three-year-old children included in the study, two-year-olds exceeded the recommended screen-time guidelines 79 per cent of the time, while three-year-olds exceeded the guidelines a whopping 95 per cent of the time.

Research into the effects of screen time on children have shown that limiting screen time during certain stages of development is important.

The World Health Organization came up with different guidelines for children depending on their age: according to them, preschoolers should only be getting one hour of screen time per day.

This new research out of the University of Calgary shows that those recommendations are rarely being met.

One of the factors in how much screen-time preschoolers had turned out to be the “maternal screen time” -- how many hours their mothers spent interacting with screens through things like TV shows and video games.

The research stated that “mothers self-reported on how their screen time exposure (measured)… on a typical weekday,” in order to cross reference that figure with the reported screen time for their preschoolers.

Although it may seem like a small issue, depending on how much screen time a child is getting, they could see real consequences.

A study published in JAMA Pediatrics earlier this month showed that 16 to 56 per cent of certain areas of the brain in preschoolers were negatively affected by higher screen use. The areas of the brain that showed an impact were ones related to language, literacy, imagination and executive function.

The concern is that when children’s brains are developing, giving them too much access to screen-based media as opposed to engaging them in physical play and interacting with caregivers could leave their brains under-stimulated.

Sheri Madigan, one of the co-authors and an Associate Professor at the University of Calgary, told CTVNews.ca in an email that as digital technology becomes more ingrained in our lives, it's more important than ever to study the effects.

"I believe the biggest change in digital media over the last decade is the rapid rise in not only ownership, but accessibility to screens," she said. "The average number of devices per household is five, and most devices are within arm’s reach. What’s also different from the television I grew up on, is the digital interface of today’s screens, which includes bright lights, highly reinforcing game play, and repetitive rewards, all of which may be compromising young children’s development brains."

In the conclusions of the new study, it said that reducing screen time for preschoolers might involve the rest of the family reducing their own screen time in solidarity.

“In high screen-viewing families, it may be difficult for parents to implement screen time guidelines without a supportive approach,” the study says. “Accordingly, it will be important to work together with families to devise family media plans that can be effectively implemented. This includes promoting opportunities for joint media engagement; deciding when, where, and how often screens are used; and reinforcing the need for sleep, physical activity, and device-free interactions to be prioritized to optimize child development.”

Madigan added that she believes "digital mediums can be used positively.

"It's when they are used in excess that problems likely arise."

In the limitations of the study, it is acknowledged that there is a lack of information on how maternal screen time was spent (for example, whether a mother was watching TV on her own while a child was napping, or whether both were watching a show together). Madigan said that this information is important when it comes to the recommendations regarding how children should consume screen time.

"The Canadian Pediatrics Society has suggested in their screen use guidelines that parent-child co-viewing of screens should be the norm," she said. "When parents are co-viewing screens with the child, they can help bridge or scaffold what’s on the screen, to real life. This is important, because research suggests that prior to 30 months of age, children cannot apply the 2-dimensional nature of screens to the 3-dimensional real life, a so called “transfer deficit”.

Madigan said that they only had data on "mother-child pairs in this project," and that the maternal screen time data included "working mothers, as well as mothers staying home with children full or part time."

She said that looking into whether the data changed if the parental screen time included stay-at-home fathers "would be a very good avenue for future direction" and study.