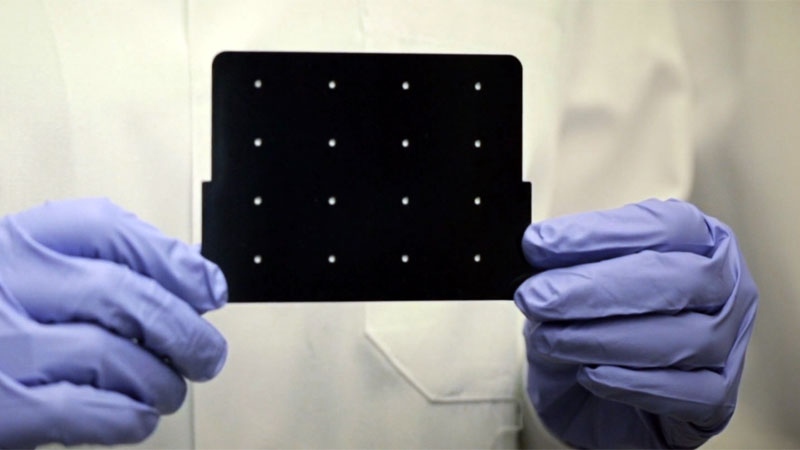 TORONTO -- Researchers have created a portable test that can show whether someone has been infected with the Zika virus, even in remote areas far from a hospital or lab.

In a study published Friday in the journal Cell, a group of scientists led by the Wyss Institute for Biologically Inspired Engineering at Harvard University describe how the inexpensive test was able to rapidly detect the virus in blood samples taken from Zika-infected monkeys.

The paper-based test, which can be freeze-dried and transported without refrigeration, would cost less than $1 per patient and deliver results within a few hours, said co-investigator Keith Pardee.

"We see our technology as a proof of concept," said the Alberta-born Pardee, who developed the test with James Collins at the Wyss Institute before coming to the University of Toronto in January.

"And we're actually looking for resources to develop it as a product so it could be deployed out to global health responders," he said, noting that the Zika epidemic in the Americas was a catalyst for scientists from several institutions to work together to develop the test as quickly as possible.

In simple terms, the paper is embedded with cell-based RNA sensors that can detect the genome sequence that's unique to the Zika virus when a blood sample is introduced to its surface.

RNA, or ribonucleic acid, is part of the internal machinery in every cell and acts as a messenger to carry instructions from the DNA to control the synthesis of proteins.

"This is all embedded in the paper," Pardee said of the RNA sensors. "We rehydrate the paper (with the sample), and if the correct sequence (for Zika) is there, the paper turns colour, from yellow to a purple."

Because the technology can be programmed for specific pathogens, he said similar tests could be developed to quickly confirm if a patient has been infected by virtually any disease-causing microbe, from seasonal influenza to Ebola.

Pardee, who specializes in synthetic biology, said there's been interest from the private sector to commercialize the test, and the researchers are also seeking government partnerships to develop the product.

However, he predicted it would be many months before a commercial product is available,

"We would hope that it could be used to help individual patients who've become infected to more quickly realize that they're infected and seek the treatment they need," he said. "But I think also from the perspective of society and global health, it could help contain the spread."

Zika has been shown to cause undersized heads and underdeveloped brains in infants born to women infected during pregnancy. It has also been linked to neurological disorders in children and adults, including a potentially paralyzing condition called Guillain-Barre syndrome.

In a statement, Collins said that if proven effective in the field, "the test's low cost and minimal equipment also means that it can be used for monitoring the spread of illnesses across large populations of people, enabling us to monitor the pathogen as an outbreak is occurring."

"NGOs like the WHO (World Health Organization) can use this information to get ahead of an outbreak in order to contain it and save lives."