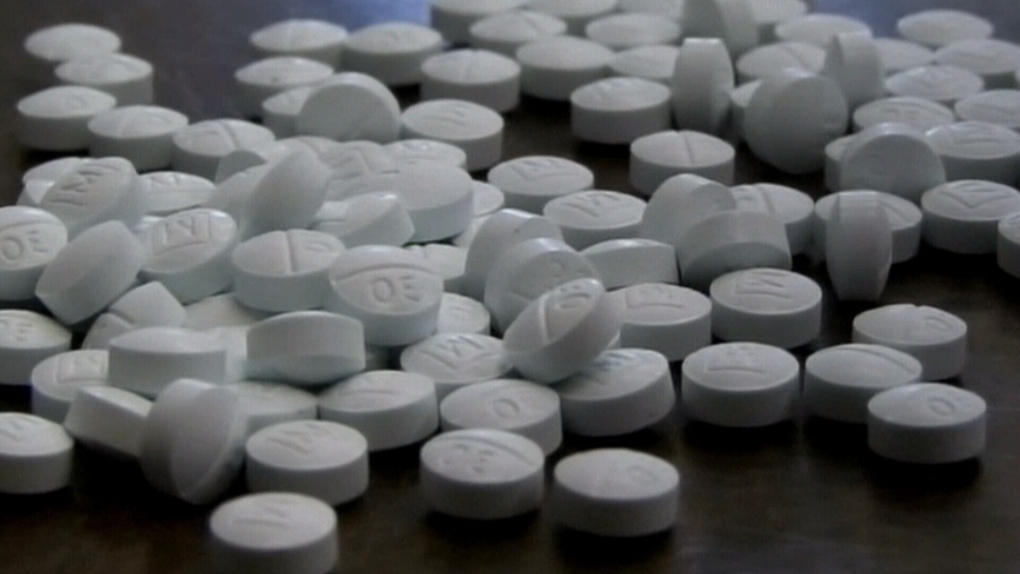 A new study looking at opioid deaths across Canada over 17 years has found that low-income Canadians are almost four times more likely to die from opioids than high-income Canadians.

Researchers from the University of Waterloo looked at opioid-related deaths and hospitalizations in Canada from 2000 to 2017 through a socioeconomic lens.

They found that not only were low-income Canadians more likely to die of opioids, the poorest Canadians also had five times the amount of visits to the emergency department due to opioids than the richest Canadians.

The results, published in June in the journal Health Promotion and Chronic Disease Prevention in Canada, underline the stark gap between the risks facing the rich and the poor when opioids are involved, researchers say, and signal where policy changes can be made to help those who are the most vulnerable.

"Opioid-related harms are at a crisis level in Canada," Wasem Alsabbagh, a pharmacy professor at Waterloo and lead author of the study, said in a press release. "Opioid-related hospitalizations in Canada have increased by more than 50 per cent from 2007 to 2017. In Ontario, emergency department visits more than doubled. We explored the trends between socioeconomic status and opioid harms so that we can better understand how to address the opioid crisis.”

Researchers looked at mortality rates, hospitalizations and emergency department visits that were connected to opioid use, and cross-referenced with census data to get a picture of the median household income associated with patients’ neighbourhoods.

Income and population estimates came from the 2006 and 2016 census.

In total, researchers looked at more than 19,500 deaths, 82,000 hospitalizations and 71,000 visits to the emergency department, and compared them to five income brackets.

Across all opioid-related risks, those belonging to the lowest income bracket had the highest rate per million people in Canada, or per million in Ontario in the case of emergency department visits.

This means that the lower income a neighbourhood was, the more opioid deaths, hospitalizations and emergency department visits there were.

Experts say we can help mitigate these risks by targeting policies and support systems to lower income areas, such as safe injection sites.

In Timmins, Ont., a safe injection site called Safe Health Site Timmins is set to open its doors on Monday, and physicians there said they were not surprised by the study’s results.

“People with less income have less opportunities for health and wellbeing,” Dr. Liane Catton, a physician with the Porcupine Health Unit in Timmins, told CTV News Northern Ontario. “They tend to face greater inequities in terms of health and healthcare, and that does include social services, supports [for] mental health and addiction.”

Social services and public programs need to step up to fill the gap for those who do not have the ability to access certain mental health care or addiction services, experts say.

“The goal of this site is to reach those individuals who are the most challenging to reach, the most marginalized and vulnerable,” Dr. Louisa Marion-Bellemare, Timmins and District Hospital Addictions Lead, told CTV News Northern Ontario. “And those that aren’t sure really to how to even seek help or treatment for their addiction.”

The study did signal some progress. When looking at the risk of death from an opioid overdose, the dramatic gap between the rich and poor is lessening somewhat — researchers found that the difference in mortality rate between the lowest and highest incomes decreased between 2000 and 2017.

However, the disparity in regards to emergency department visits and hospitalization in that time period did not decrease.

And in 2017, Canadians in the lowest income areas were still almost 2.5 times more likely to die of opioid-related causes than those in high income areas.

"For many, socioeconomic status is a result of past experiences – families, neighbourhoods, education and other earlier life events, in addition to current access to material and social resources that help individuals cope with challenges," Alsabbagh said. "Often, we see low socioeconomic status in concentrated geographic areas where there is poorer access to resources. In addition, psychosocial factors, such as feeling marginalized or enduring discrimination and social isolation, can have an effect. By drawing the link between low socioeconomic status and opioid harm, we can design policies that more appropriately serve the needs of our communities."

With files from Lydia Chubak