Pizza lunches: Does the convenience come at a cost? 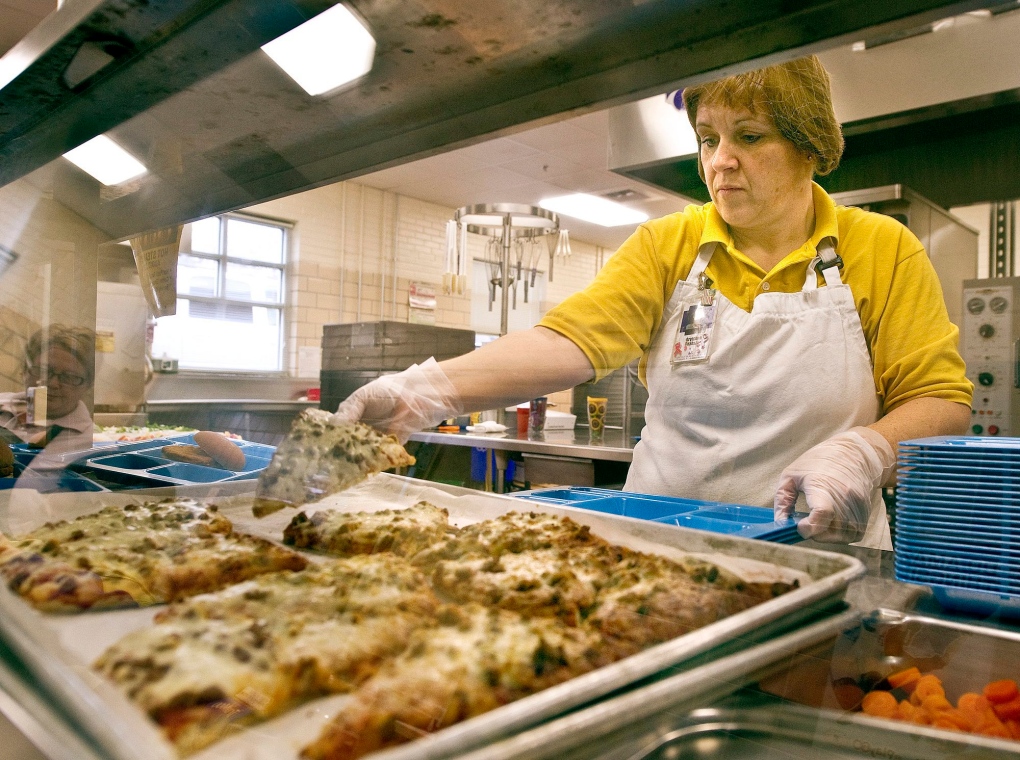 Children and teens consume far more calories, fat and sodium on days that they eat pizza, according to a new study, and school lunches are the main culprit when it comes to consumption of the delicious but nutrient-deficient cheesy pie.

Researchers from the University of Illinois analyzed diet information from youths between the ages of 2 and 19 who were part of the U.S. National Health and Nutritional Examination Survey conducted between 2003 and 2010.

The data showed that youths are not compensating for their pizza consumption by eating less of other foods throughout the day, the researchers said.

That increase in calories, fat and sodium may be an “important contributor” to obesity in youths, said study co-author Dr. William Dietz of George Washington University in TKTK.

“Moderating pizza consumption should become another goal in our efforts to reduce obesity in U.S. youth,” Dietz, director of the Sumner M. Redstone Global Center for Prevention and Wellness at the Miliken Institute of Public Health, said in a statement.

The study is published in the journal Pediatrics.

According to the researchers, an estimated 20 per cent of youths have pizza on any given day. However, they did find that overall, caloric intake from pizza dropped in children by 25 per cent over the study period. Calories from pizza among adolescents also dropped over the study period, but overall pizza consumption among this age group increased.

Calories from pizza consumed at dinner fell over the study period. However, pizza consumption at lunch and in school cafeterias remained steady, the researchers said.

Because pizza is so prevalent in the diet of American children, efforts must be made to not only curb consumption but also improve its nutritional value, says lead study author Lisa Powell, associate director of the Health Policy Center at the Institute of Health Research and Policy in Illinois.

“It’s a very common and convenient food, so improving the nutritional content of pizza, in addition to reducing the amount of pizza eaten, could help lessen its negative nutritional impact,” Powell said in a statement.