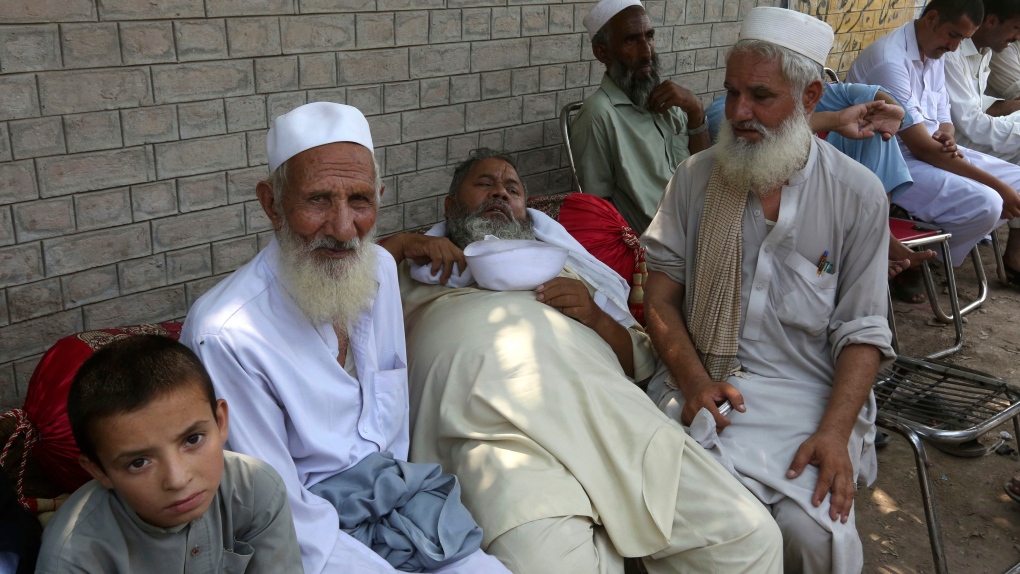 Pakistani patients wait for their turn to be checked for dengue fever in Peshawar, Pakistan, Tuesday, Aug. 22, 2017. (AP Photo/Muhammad Sajjad)

ISLAMABAD -- Pakistani health officials were battling an outbreak of dengue fever in the South Asian nation on Tuesday, a day after health officials confirmed over 10,000 cases and 20 deaths in recent months.

More patients with symptoms of dengue fever were arriving at hospitals in all major cities, including the capital Islamabad, putting a strain on the country's poor health system. Health officials hope that the anti-mosquito spraying in urban areas targeting stagnant water will help contain the disease.

According to Zafar Mirza, a government adviser on health, as many as 10,013 dengue cases had so far been reported. Free medical treatment will be provided to patients suffering from the illness, he said.

He said the number of dengue patients was still low as compared to previous years.

Health officials are keeping dengue patients in isolated wards in hospitals across the country.

Pakistan's opposition criticized the government for not taking adequate measures to prevent the alarming outbreak of the disease. "The cases of dengue fever are increasing because of government's incompetence," said Maryam Aurangzeb, spokeswoman for the opposition Pakistan Muslim League party.

Rafique Ahmed, a medical doctor at a government hospital in the city of Rawalpindi, said more than 150 patients suffering from dengue fever were being treated at their hospital, but "hopefully we will overcome this epidemic."

He said people with symptoms of a simple fever also rush to hospitals in a panic, fearing they had dengue fever.

The mosquito-borne viral infection kills dozens of people every year in Pakistan.

It can cause joint pain, nausea, vomiting and a rash, and can cause breathing problems, hemorrhaging and organ failure in severe cases.

So far 2,363 cases were reported in the eastern Punjab province, 2,258 in the southern Sindh province, 1,814 in the country's northwest and 1,772 in southwestern Baluchistan province, Mirza said.