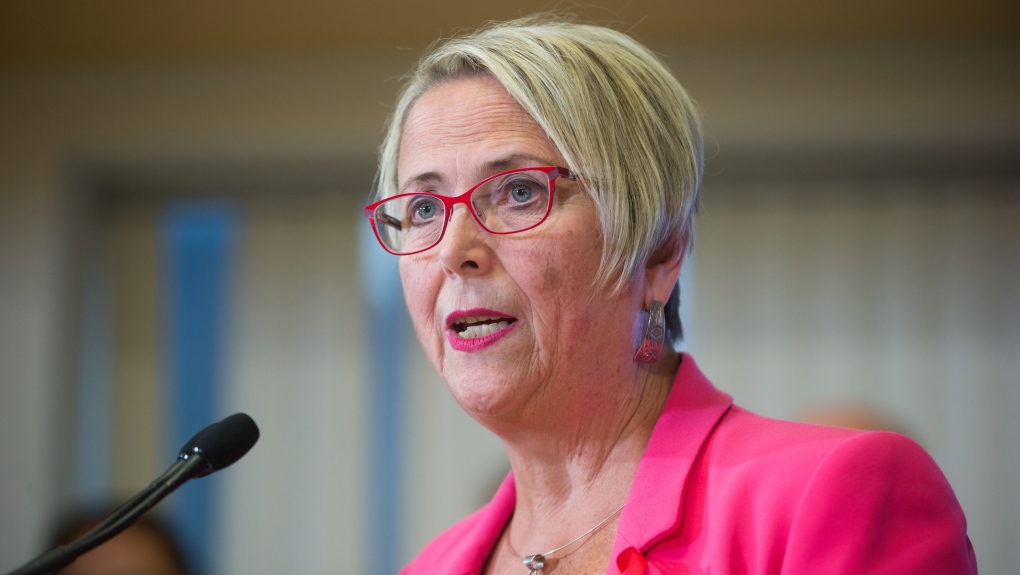 VANCOUVER -- British Columbia has established a command centre to provide a co-ordinated response to the overdose crisis, using expertise from some of the public health experts who worked to stem the spread of HIV in Vancouver's Downtown Eastside.

She said that could mean linking people who end up at emergency departments with overdose prevention sites, setting them up with housing or providing culturally appropriate services for those who are Indigenous and are likely to fatally overdose at three times the rate of others.

The minister said she is working with various mayors to determine what services their communities need, such as distribution of naloxone, a drug that reverses overdoses.

"We're putting this emergency response centre in place to fuel urgent local action and rapidly implement locally driven solutions on the ground -- actions to prevent overdose deaths and actions to support people towards treatment and recovery," she said.

The centre will include staff from the Health Ministry, the First Nations Health Authority, first responders, addiction specialists and "people with lived experience," Darcy said.

She said people who show up at emergency departments after an overdose will get help from regional and community action teams to fast track them into treatment.

Dr. Patricia Daly, chief medical health officer for Vancouver Coastal Health, will lead the centre and said data will be collected regularly so health experts are not waiting for statistics that are released every few months by the coroners service.

"We will work with our colleagues in regions around the province who will in turn work with local first responders and community partners," she said.

Treatment of opioid use disorder with drugs such as suboxone is becoming more widespread but therapy with injectable drugs such as hydromorphone must also be expanded, she said.

She said only about 200 people in Vancouver's Downtown Eastside are currently using injectables almost two years into a public health emergency declared by the province.

"That is unacceptable and will be one of our first orders of business," Daly said, adding the response will be "nimble" in a province where people with HIV were identified as early as possible to prevent a further spread of the disease.

She pointed out some of the experts who implemented that program and said they will be part of the team at the Overdose Emergency Response Centre.

"These people are implementation experts and these are the people who will lead this next phase of the response to the opioid crisis."

John and Jennifer Hedican said they were on their own in trying to get their 26-year-old son Ryan help before he died in April from fentanyl-laced heroin and they're hoping the centre will provide others the resources he didn't get.

"Ryan asked for help many times before he was poisoned and our whole family experienced the horrendous lack of support this disease receives," John Hedican told the news conference.

Hedican said their son needed intervention numerous times as he went into recovery and relapsed, but it was critical in January 2016 when he needed housing after the family could no longer deal with his substance use in their home.

Ryan Hedican was found unresponsive during a lunch break after returning to work as a third-year electrician, Hedican said of his son, adding the stigma against people who use illicit drugs was another issue the family had to battle.