Ont. woman gets endometriosis surgery in the U.K. after Canadian doctors dismissed her symptoms for years 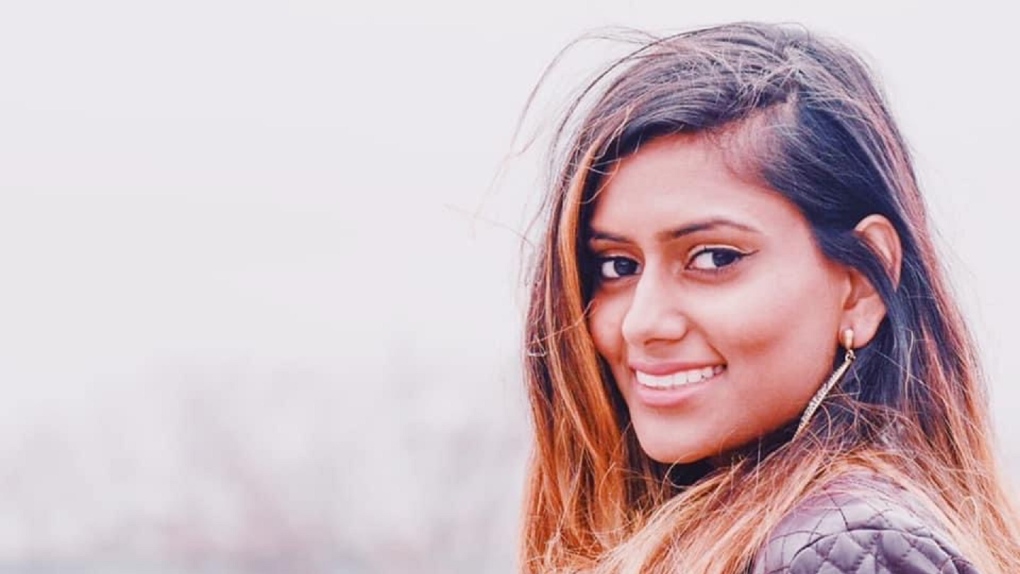 Christina Paruag was diagnosed with endometriosis in 2014 and since then she as been struggling to receive proper care from Canadian doctors. (Courtesy Christina Paruag)

TORONTO -- An Ontario woman travelled to the U.K. for endometriosis surgery after Canadian doctors denied her the surgery and dismissed her condition for years.

Christina Paruag was diagnosed with endometriosis in 2014 and since then her symptoms progressed to the point she was no longer able to get out of bed, shower or cook without the help of someone else.

The 25-year-old told CTVNews.ca she was suffering from regular kidney infections and struggled with frequent ruptured ovarian cysts that landed her in the emergency room about once every three months. She also recently began experiencing shortness of breath and chest pain when she was menstruating, among other symptoms.

"I have digestive issues. Migraines, chills are really common for me, chronic fatigue, body aches. It kind of feels like having the flu all the time," she explained in a telephone interview from Mississauga, Ont. on Monday.

Endometriosis occurs when tissue similar to that lining the uterus grows outside of the uterus in the pelvic cavity to form lesions, cysts, nodules and growths on other organs in the body.

Despite her symptoms, and other doctors saying she would have to go on kidney dialysis if she didn’t get treatment soon, Paruag’s gynecologist insisted that her endometriosis was only "mild" and did not require surgery.

While she has seen various doctors and specialists over the years, Paruag says they all made different conclusions about her condition.

"It was just all over the place and no one was giving me an answer when I was saying, 'How do we cure this?' I was being told I can go on a load of antibiotics for life and to just take pain medication, but antibiotics have a lot of side effects too," she said.

"I just thought there had to be a better way," she said.

With her symptoms growing worse, Paruag joined a Facebook endometriosis support group comprised of thousands of women with the disease around the world. The administrator of that group had compiled a list of some of the top endometriosis specialists globally.

Paruag consulted the Canadians doctors on that list, but they said her case was either "too complex" for them or that she would have to wait a year or two for surgery.

She decided to consult different specialists abroad and found one doctor in England who had reviews from women who said they were "pretty much pain-free after undergoing surgery with him."

Dr. Peter Barton-Smith took Paruag's case and she was supposed to travel to the U.K. in March, but the COVID-19 pandemic pushed her surgery back until October.

While flying abroad to get surgery in the middle of a pandemic "terrified" Paruag, she said the potential benefit outweighed the risk in her case.

"I was struggling to sleep because of the pain I was in, [my] work was impacted, like every area of my life was impacted, my relationships, everything. So I just went for it and I'm so glad I did," she said.

After undergoing the surgery, Paruag says she feels "way better." The doctors were able to remove the majority of the endometrium-like tissue affecting her ovaries, ureter, kidneys and bowels.

"I'm basically at 70 per cent better than where I was at before," she said.

However, Paruag is not in the clear. During the surgery, doctors learned that Paruag’s condition had progressed to Stage 4 endometriosis and had spread to her diaphragm, causing the shortness of breath and chest pain she experienced when menstruating.

Paruag said she will need another surgery in the future to remove the endometrium-like tissue from her lungs. While she is working to get a referral to a thorax specialist in Canada, she worries that she will encounter a similar challenge getting Canadian physicians to take her condition seriously.

THE STRUGGLE TO GET CARE

Philippa Bridge-Cook, one of the founders of The Endometriosis Network Canada, told CTVnews.ca that Paruag isn't the only woman struggling to receive endometriosis care in Canada.

Bridge-Cook explained in a telephone interview on Tuesday that there is a lack of education for young women about what is normal when it comes to menstruation.

"Endometriosis it's a disease that is about a lot more than just period pain… and yet a lot of teenagers just don't know what is normal and what isn't normal because there isn't really any education in the school system or outside of it," she said.

If people who menstruate are able to identify that something may be wrong, Bridge-Cook said the societal stigma around discussing menstruation can prevent them from addressing the problem with a physician.

In addition, she said family physicians don't tend to ask questions that would prompt discussions about women’s reproductive health.

She added that health-care providers also have a lack of awareness about endometriosis and its symptoms.

Bridge-Cook said she has heard from women who say doctors initially dismiss their pain, saying the symptoms are just "in their head" with some even being called "drama queens" by their doctors.

"People have to work very hard to get their doctor to listen to and validate what they're experiencing even once they bring the symptoms up," she said. "It shouldn't have to be like that but that's sort of the reality."

For those who are suffering from abnormal menstruation symptoms, Bridge-Cook recommends women get a second opinion when they feel their doctor isn’t listening. She says there are online support groups that can offer advice in helping one advocate for themselves and she also suggests bringing a parent, partner or friend to doctors appointments who can testify to one’s symptoms.

"[This] can help patients educate themselves about the disease, their symptoms and create a situation where they can feel confident to go to their doctor when something doesn’t seem normal," Bridge-Cook said.

Because endometriosis is typically viewed as a 'non-life-threatening women's issue', Bridge-Cook said it is often put on the "back burner."

Approximately one in 10 people who menstruate will develop endometriosis at some point in their lifetime, according to The Endometriosis Network Canada.

While funding research is expensive, Bridge-Cook said the Canadian government needs to be willing to allocate financial support to raise the awareness level of endometriosis not only for physicians, but also within schools and other governing health bodies.

THE PRICE OF A WOMAN'S HEALTH PROBLEM

Paruag said allocating research funding for endometriosis in Canada may be difficult when some provincial health agencies don’t even cover all the costs associated with endometriosis care.

Paruag says she has been denied coverage from the Ontario Health Insurance Plan (OHIP) for her surgery. The surgery cost her approximately $30,000, which she has been working to cover through a GoFundMe campaign.

OHIP does offer coverage approvals for out of country medical procedures, however, the agency maintains that certain criteria has to be met.

Paruag said she had been working on her application since March and submitted it in August, but was denied.

Despite having close to a hundred pages of documents outlining her struggle with endometriosis over the years, Paruag said OHIP told her they required 2020 documents for approval. However, due to the pandemic, Paruag has not seen a doctor in person since 2019 and the only health records she has from this year are via telephone appointments.

"OHIP wasn't even taking it seriously. They were telling me to keep trying, that there's other doctors here in Canada and I told them I've exhausted all my options in the last four years," Paruag said.

"There was really no one's listening at that point so my family doctor was very supportive and my gynecologist, even though she didn’t agree, ended up writing a letter basically saying I need to go, but OHIP still denied me the coverage."

While the Ontario Ministry of Health cannot speak to individual cases, the agency told CTVNews.ca on Wednesday that Ontario's Health Insurance Act (HIA) sets out "a number of specific requirements that must be met" before an Ontario resident can qualify for full funding of medical services to be delivered outside of the country and paid for by OHIP.

"All requests for out-of-country prior approval are reviewed on a case-by-case basis by ministry staff, which include licensed Ontario physicians. If the regulatory criteria are not met, funding cannot be granted," the Ontario Ministry of Health said in an emailed statement.

"There is no discretion under the HIA, or its regulations, to make payments under OHIP for uninsured services."

The Ontario Ministry of Health said OHIP would have considered the cost or partial cost of the surgery had Paruag waited to get it in Canada.