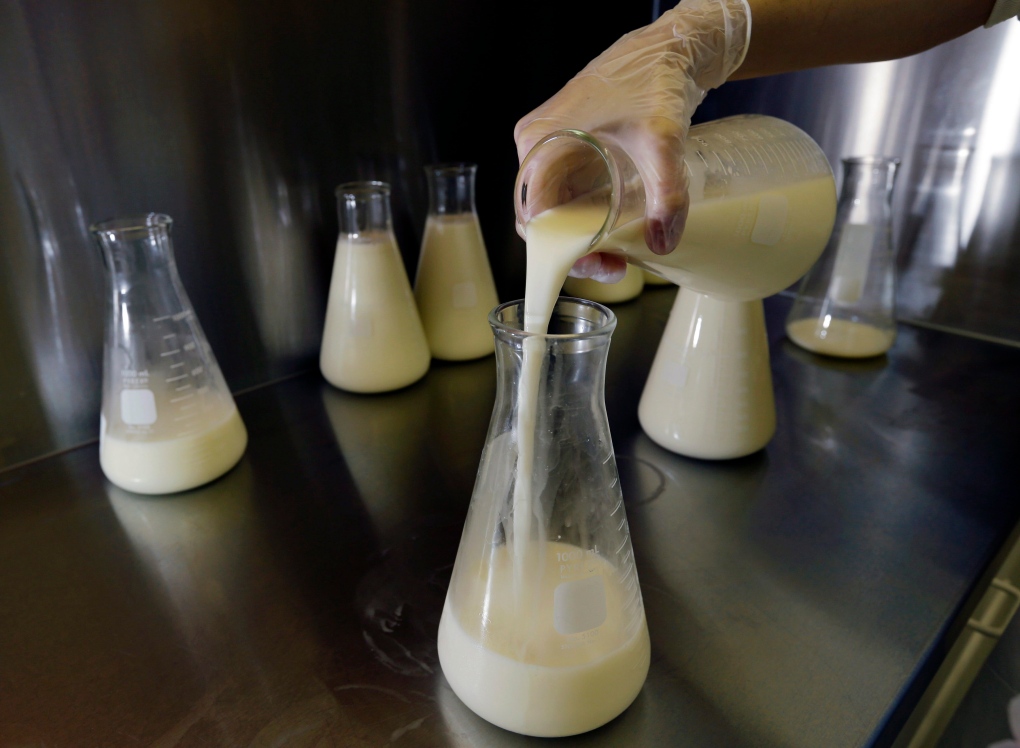 Going for as much as $4 per ounce, breast milk is a hot commodity that is emerging as a surprisingly cutthroat industry, one that states are seeking to regulate amid a battle for control between non-profit and for-profit banks that supply hospital neonatal units.

The debate among the for-profit and non-profit organizations can be sharp-elbowed. It centres on whose processes result in the safest milk for premature babies in neonatal intensive care units, which need the milk if a mother has difficulty producing enough or the child has trouble latching. Each side claims the moral high ground, with nonprofits generally saying milk distribution should be altruistic and for-profit companies arguing mothers deserve to be compensated.

In the United States, there are two for-profit companies and soon to be three, and one non-profit that oversees 15 milk banks in the U.S. in addition to three in Canada. Ten non-profit banks are in development. Against this backdrop, lawmakers in New Jersey and Michigan are considering legislation to license banks, while legislators in California, Maryland, New York and Texas already have regulations.

Mothers have long had far from a monolithic view on the question of milk banking, but what's changing is the availability of more options as the industry matures. For some, the work involved in cleaning bottle parts and in pumping and storing their milk warrants being paid. Others view donating their milk, considered superior to formula in nutrition and immunity-building qualities, as a charitable service.

"You just never know who it's going to," said Kelli Russell, of Washington, North Carolina, who donates her breast milk. "It could go to someone who could someday cure cancer or it could be someone that marries my son or takes care of me if I need help one day if I'm in the hospital."

Rachel Palencik, of West Chester, Pennsylvania, said her breast milk was taking up space in her freezer, so she tried to donate it to a bank but didn't have enough. So she tried to sell it -- and wouldn't try it again.

"A lot of it was either scammers or men wanting to consume it, which isn't my cup of tea," she said. So she ended up donating to an individual mother rather than through a bank.

There's broad agreement in the milk-banking industry of a shortage of human milk available for hospitals and NICUs. The non-profit Human Milk Banking Association of North America estimates that there are 4,000 moms using its banks across the country and that it would take 60,000 to meet the demand for milk in hospitals nationwide.

There is also a largely shared view that it's important for donor milk to be thoroughly screened for bacteria, drugs and adulteration by cow's milk.

But the agreement largely stops there.

The nonprofits say they respect the right of moms to sell their milk because it is theirs, but they question the profit motives of companies like Medolac, Prolacta and the soon-to-be-operational International Milk Bank.

"I don't know if you want the market influenced. You want the market served," said John Honaman, executive director of the non-profit Human Milk Banking Association of North America. He said he worries the for-profit banks draw potential donors away from association milk banks, which is a problem because he believes a spirit of altruism should govern the industry.

The for-profit companies offer moms the chance to earn $1 an ounce to $2.50 an ounce for their milk. (Only the Breast, a for-profit marketplace, can offer $2.50 an ounce but does not directly pay the women, just connects them with paying clients.) In turn, hospitals can pay as little as $4 an ounce.

The companies say that mothers have a right to earn money for their milk and that their model can end the shortage.

Glenn Snow, co-founder of Only the Breast, is about to launch the International Milk Bank, which will link the network of 49,000 members and 65 million ounces of milk within the Only the Breast network with the new for-profit bank.

"We're bringing a massive supply to market," Snow said. "We're going to save a lot of babies' lives."

The competition also centres on how the milk is processed, which is important to reduce contamination. Medolac, for example, highlights that it uses a sterilization process that kills potential contaminants and also allows the milk to be stored at room temperature. Nonprofits use a pasteurization method and then freeze the milk before it's shipped to hospitals, according to the non-profit milk banking association.

Others, such as Prolacta, specialize in the manufacture of human milk fortifiers, sometimes needed to boost the nutrients in milk intended for premature babies.

Michigan is considering requiring for-profits to abide by non-profit standards, and lawmakers are calling for regular audits at the for-profit's expense to make certain they're following the guidelines. The New Jersey bill does not distinguish between non- and for-profit companies and instead calls on the state Department of Health to set up licensing requirements.

The New Jersey legislation does not detail what those requirements should be but says the department has to create provisions for staff qualifications and procedures for selecting and screening potential donors, as well as standards for collection, processing, storage, marketing and distribution of donated breast milk. Other states, like New York, have detailed regulations that govern donor qualifications and storage and collection protocols, along with rules requiring records to be kept.