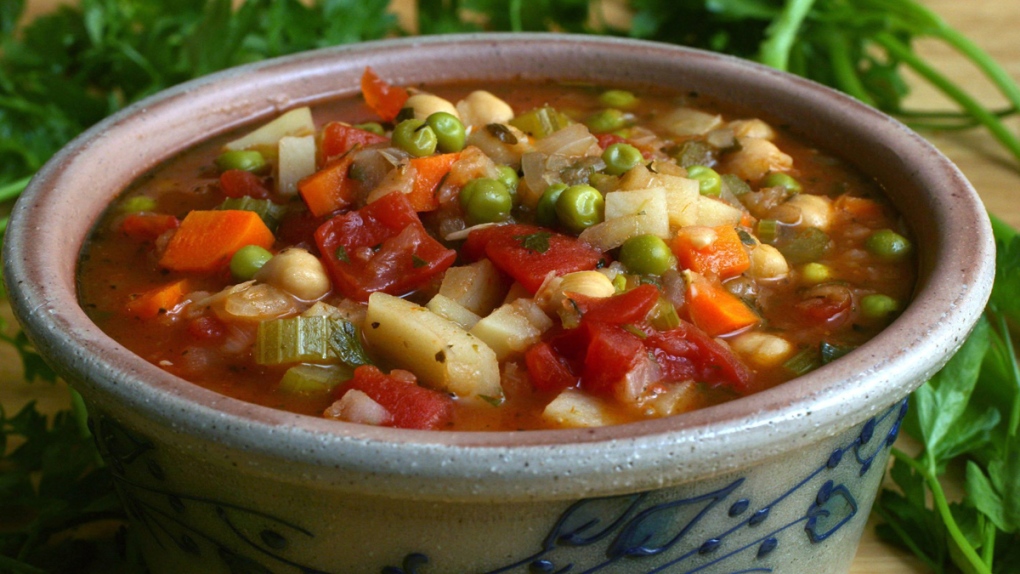 TORONTO -- It turns out there’s good reason why your grandmother insists upon making her homemade broth whenever you come down with a fever.

What started as a classroom science experiment that saw U.K. primary students analyzing their families’ homemade soup recipes ended in a research paper that found some broths contain antimalarial properties.

Building on the long-standing belief that broths contain antibiotic properties, researchers from Imperial College London asked students to bring in broth from recipes that had been passed down through generations of their families to treat various ailments.

To their surprise, several of the broths stood up to the malaria parasite Plasmodium falciparum by curbing its growth or preventing it from maturing.

In fact, five of the soups were able to stop the growth of the parasite in its disease-causing stage by more than 50 per cent.

Two of those samples,which happened to be from the same red cabbage based minestrone broth, showed the same effectiveness as leading antimalarial drug, dihydroartemisinin.

“Malaria kills more than 400,000 people per year and infects more than 200 million, yet resistance to our frontline drugs continues to emerge,” lead researcher Prof. Jake Baum said in a press release.

“We may have to look beyond the chemistry shelf for new drugs, and natural remedies shouldn't be off our watch list, as artemisinin shows."

The study, published last month in the journal Archives of Disease in Childhood, notes that the active ingredients in the broths tested have yet to be identified. Because each soup was made from a different recipe -- some of which were chicken or beef-based, and others vegetarian -- more would need to be done to understand the toxicology.

Baum notes that the study isn’t just unique for exploring the effectiveness of home-remedies in fighting disease, but for including school children as study authors -- something he says is vital in educating the next generation about fighting global diseases.

“It's really interesting to find potential routes for future drug development in something like your grandmother's soup,” Baum said.

“The true strength of the study however was engaging children in the idea of what's the difference between a natural remedy a real medicine -- the answer is evidence! The children understood that soups could really become a drug if you test them the right way."