Nobel laureates: Despite progress, cancer won't be wiped out 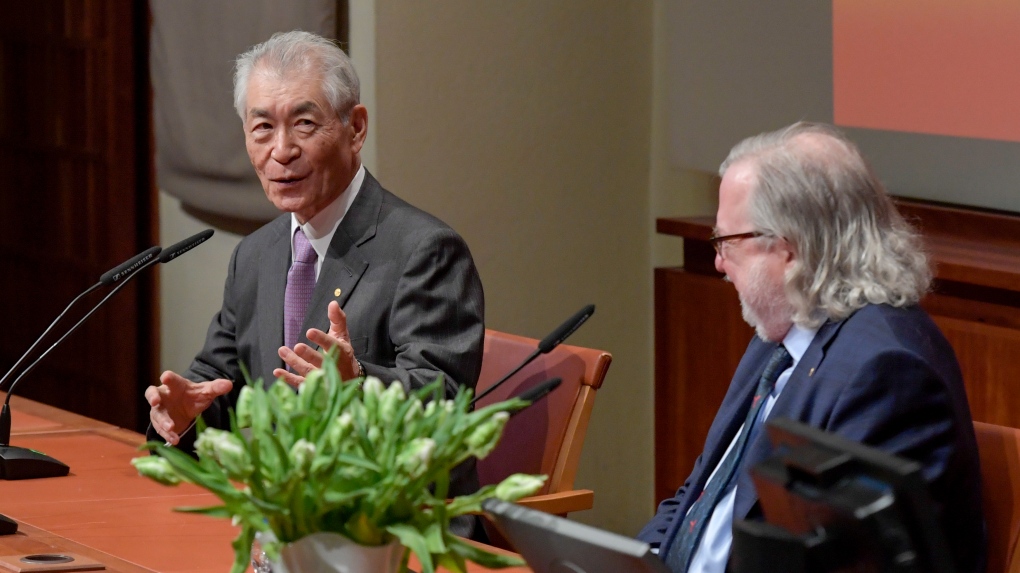 STOCKHOLM -- The winners of this year's Nobel Prize for Medicine say they expect substantial advances toward treating cancer in the next several decades, although it is unlikely the disease could be eradicated.

James Allison of the United States and Tasuku Honjo of Japan made the assessments at a Thursday news conference ahead of receiving the 9 million-kronor ($999,000) prize.

They were named winners of the prize in October for their work in immunotherapy -- activating the body's natural defence system to fight tumors.

"Soon we'll get close with some cancers," Allison said, citing progress against some forms including melanoma. But, he said, "the world will never be cancer-free."

Honjo said he expects that immunotherapy will eventually be used against most cancers, often in combination with radiation or chemotherapy, and that cancer can effectively be stalled "even if we cannot completely eliminate the tumour, if we can survive with some tumour."

Although immunotherapy is an advance against cancer treatment, the costs are high, with courses of treatment reportedly exceeding $100,000.

"Something's going to happen" about the cost, Allison said. "These high prices are not just a feature of these drugs -- it's almost everything. ... It's out of control. We've just got to hope that with completion and wisdom the prices will come down."

Allison, after noting that some of his share of the prize would have to be paid in taxes, said he intends to donate what's left to support others working in the field and to a charity that supports schools for women. Honjo said his half will be given to his institution, Kyoto University, to fund young researchers.

The Nobel Prizes are to be awarded on Monday. The medicine, physics, chemistry and economics prizes will be given out in Stockholm and the peace prize in Oslo. No literature laureate was named this year.

Jim Heintz in Moscow contributed to this report.