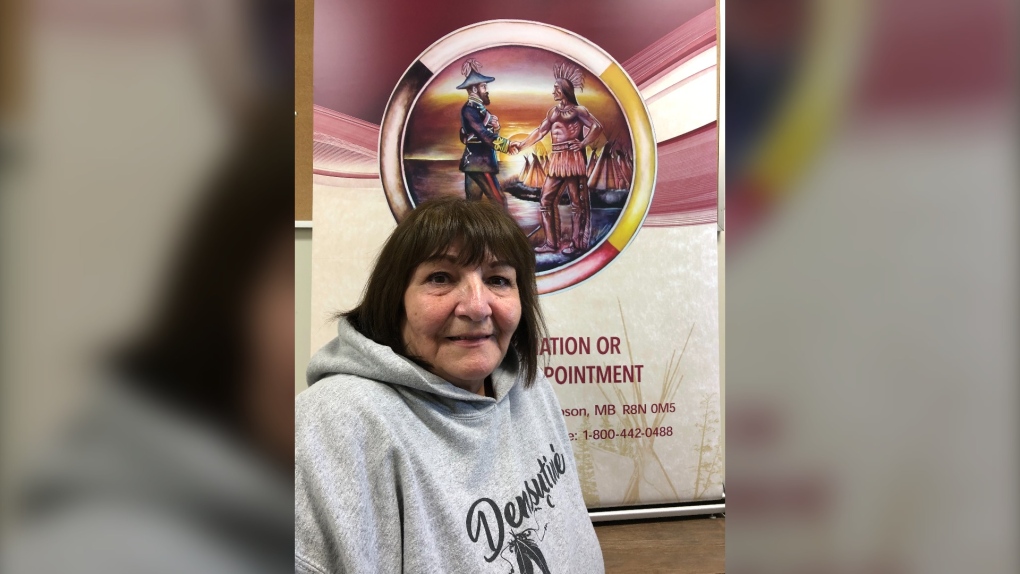 Bernice Thorassie, shown in this undated image, says a declaration signed by health officials and Indigenous leaders acknowledging the existence of anti-Indigenous racism in northern Manitoba's health-care system could finally lead to equitable treatment for those who have historically been marginalized. THE CANADIAN PRESS/HO

Bernice Thorassie couldn't help but speak up on behalf of a patient in the emergency room of a northern Manitoba hospital after being treated there herself and noticing staff attitudes that smacked of anti-Indigenous racism.

Thorassie, who helps patients navigate the health-care system for the non-profit advocacy group Manitoba Keewatinowi Okimakanak, said a worker's cutting tone alone was too much to bear as she watched a man clearly in need of help languish in the waiting room.

"What I was seeing there, I couldn't believe it," she said of her recent experience about a month ago. "I intervened. When I finished my treatment I told them this is who I am, this is what I do."

Ongoing racism against many Indigenous patients has bred deep mistrust in the health-care system, often keeping people from travelling to a hospital or clinic in Thompson, Man., a major hub for health care in the region, said Thorassie, a member of the Sayisi Dene First Nation.

Discussions of systemic racism heightened among First Nations communities after the 2020 death of Joyce Echaquan, an Atikamekw woman who before her death in a Quebec hospital posted a Facebook livestream of staff making derogatory comments.

While the issue is widespread across Canada, some provinces are partnering with Indigenous groups to provide anti-racism training.

This week, ahead of the National Day for Truth and Reconciliation on Friday, Manitoba Health Minister Audrey Gordon joined health officials and Indigenous leaders in Thompson to sign a declaration acknowledging a high number of incidents involving racism and that transformative change must be led by First Nations.

Dr. Barry Lavallee, CEO of Keewatinohk Inniniw Minoayawin Inc., or KIM, said the group is aiming to take over the delivery of services in the region, dependent on a successful agreement with the provincial and federal governments. The new governance structure would be akin to the First Nations Health Authority in British Columbia.

Doctors and other health-care providers will be required to take compulsory training to "confront their own biases," Lavallee said of the changes that are planned for the health-care system in northern Manitoba, where patients are transported from other areas lacking hospitals and clinics.

He said it's time to focus on the impact of racism, instead of providing "cultural sensitivity training," which shies away from a major problem in the health-care system.

"We want our communities to interview physicians and other providers and make the decisions on if those providers could come into the communities to serve them in the way that they want. The current imbalance and asymmetry in the system is that it's the white system that decides on physicians going into (communities)," he said.

"We're starting to unravel how we're going to hire Indigenous birth helpers and facilitate better care and facilitate a process for the Northern Regional Health Authority to understand the depth of its bias, which causes harm to people attempting to gain access to services."

First Nations people have poorer health outcomes because they often do not get the care they need in a system that, for instance, stereotypes them as forgetful when they miss appointments in settings where they feel unwelcome and neglected, he said

The high number of uninvestigated cases of racism in the region have raised concerns for years, said Lavallee, a family doctor and former assistant professor at the University of Manitoba, where he specialized in Indigenous curriculum development in undergraduate medicine.

He said $4.6 million in federal funding toward the work of the declaration was applied for before Echaquan's experience drew national attention. A Quebec coroner later said her death from a pulmonary edema linked to a rare heart condition involved "undeniable" systemic racism and the failings of the health-care system.

Echaquan's story and the tragic outcome is far from an isolated incident.

Lavallee recently reviewed the case of a 42-year-old Indigenous man with osteomyelitis, or a bone infection, in his left foot and said he could only conclude that racism was at the heart of how the case was handled in Thompson and Winnipeg. The patient's family requested the review after his condition deteriorated quickly and they feared he would unnecessarily have his foot amputated, the doctor added.

"They jailed him, they put him in a psychiatric institute and refused to listen to him for three years that he had a problem with his foot. So this young man went from a $4,000-a-month income as a high-level machine operator" to getting social assistance because he could no longer work, Lavallee said.

"In three years, this man's life has been destroyed. About three or four months ago they were trying to coerce him to amputate his left foot."

The patient recently received six weeks of antibiotics in Winnipeg to clear up the infection, allowing him to walk, Lavallee said.

Jurisdictions across the country are trying to develop their own strategies to address challenges rooted in so-called medical colonialism.

In British Columbia, a former judge was appointed two years ago to investigate allegations of racism in emergency rooms where staff allegedly played games to try and guess the blood-alcohol level of Indigenous patients.

An update last year to Mary Ellen Turpel-Lafond's original report in December 2020 found 84 per cent of 2,780 Indigenous survey respondents said they face discrimination in health care and that those who did not get primary and preventive care often end up needing secondary treatment.

B.C. has created an Indigenous health and reconciliation division within the Health Ministry to try and ensure the availability of culturally safe care through "system-wide reforms," the ministry said in a written statement.

It said that in the coming months, the province expects to release the first progress report outlining the work of a group of First Nations, Metis and health officials in implementing changes, but it declined to provide details.

Dr. Alika Lafontaine, the first Indigenous president of the Canadian Medical Association, said his own family members have experienced racism, including one who sought care for abdominal pain before calling him for advice.

"It became clear to me that it was probably a misdiagnosis," Lafontaine said, adding he advised the person in Saskatchewan to get reassessed.

"They were very, very concerned about what would happen if they challenged the assessment," Lafontaine said, adding he arranged for a colleague to follow up and the patient ended up having emergency surgery the same night, without which they would likely have suffered significant harm.

Patients, family members and health-care providers who report racism face a "very heavy burden" because the focus can shift to doling out punitive consequences on those who caused the harm, instead of working toward long-term solutions, said Fontaine, an anesthesiologist in Grande Prairie, Alta.

Fontaine, who was scheduled to mark the National Day for Truth and Reconciliation with an online talk on racism in health care hosted by the Canadian Health Coalition, said strategies in some parts of Canada are making a difference because they've been led by Indigenous people with support from local communities.

"I think as we reflect on the National Day for Truth and Reconciliation we have the opportunity to realize that there is hope out there," he said about the work being done to implement changes in various regions.

"I think that we really want, as a country, to have that one example that we can scale across the whole country. But the truth is the things that work in Manitoba or Ontario or Alberta, B.C., or elsewhere, they work in those areas because they engage the local people."