No one knew why some Amish children were dying suddenly, now researchers have some answers 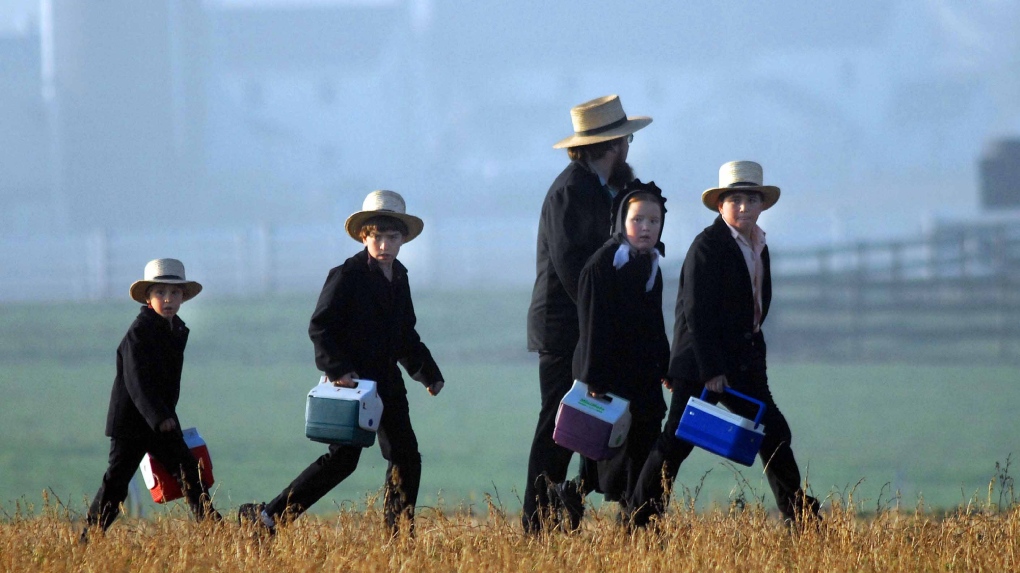 The autopsies didn't offer any clues. The children's hearts appeared normal. The family had what they referred to as "the curse of sudden death." And medical examiners couldn't figure out why.

After the deaths of the first two children, a medical examiner who conducted the autopsies got in touch with researchers at the Mayo Clinic Windland Smith Rice Sudden Death Genomics Laboratory in 2004. Researchers at the lab had pioneered the concept of molecular autopsy, using genetic testing to understand the cause of death in sudden unexplained cases, and the examiner wanted to see if they could shed light on the mystery affecting the Amish community.

The team suspected that a gene called RYR2 could be the culprit -- mutations of the gene can cause a cardiac arrhythmic disorder that can lead to exercise-fainting spells, seizures or even sudden cardiac death. But when they analyzed the gene to check for mutations, nothing turned up.

The case remained cold for more than a decade. As the years went by, pediatric cardiologists and genetic counsellors from other parts of the country reached out to the lab about other Amish families whose children had also died sudden deaths -- all looking for answers about this heartbreaking phenomenon.

Then last week, researchers at the Mayo Clinic lab reported a breakthrough, published in JAMA Cardiology. With the help of new technology that wasn't around when they first started looking into the case, the team learned that these Amish children had all inherited the same genetic mutation from both of their parents. And out of the 23 young people who had inherited the mutation, 18 had died sudden deaths.

"As we started building out the family structure, it became apparent to us that this was most likely a recessive disorder," David Tester, the lead scientist on the case, told CNN. "With more information and more technological advancement in terms of being able to look at genes, we were able to put this puzzle together."

The children likely had a common ancestor

Turns out, it was RYR2 -- the gene the researchers had suspected all along. But there wasn't just one mistake in the gene. More than 300,000 base pairs in the gene had been duplicated.

"We finally figured it out that it was an autosomal recessive condition where both bad duplications came from both parents, and those children were unfortunate to get the double dose," Michael Ackerman, director of the Windland Smith Rice Sudden Death Genomics Laboratory, told CNN.

To develop the duplication that causes sudden death, a child has to inherit a mutated gene from each parent -- the chances of which are 25 percent. That four children in one family inherited the mutation and died sudden deaths is incredibly unfortunate, Ackerman said.

The Amish may be more vulnerable to recessive inherited conditions because they are descended from a small number of ancestors and tend to intermarry, Tester said. The two families studied in the report are seemingly unrelated, but because the children all had the exact same duplication in a gene inherited from both parents, Ackerman said that it's likely that they have a common ancestor.

Now that researchers know about this genetic marker, there are steps that medical professionals can take to prevent sudden deaths from occurring in other Amish children, Tester said.

"Having this genetic biomarker, we can now very easily test any individual for the presence of the mutation," he said. "Having that ability can potentially save lives."

Knowing who has the mutation and who doesn't is the first step to preventing tragedies like the ones experienced by the families in the study, Ackerman said. If adults who are carriers for the mutation know that they have it, they can make informed decisions about whether or not they should marry another person who is also a carrier.

There are still challenges ahead. For children who have inherited the mutation and are at risk of sudden death, the only solution to prevent it is an implantable cardioverter defibrillator (ICD), which can be extremely expensive. Ackerman said his team is working on understanding more about what causes the duplication in the gene so that a medication to prevent it can be developed, a treatment that would be much more accessible.

"We're going fast and furious to try to get this figured out for this Amish community," he said.

But for now, Ackerman hopes the discovery will provide some closure to the families who have lost their loved ones.

"We finally have figured out the curse of sudden death for the Amish community and they now have peace of mind as to the reason," he said.