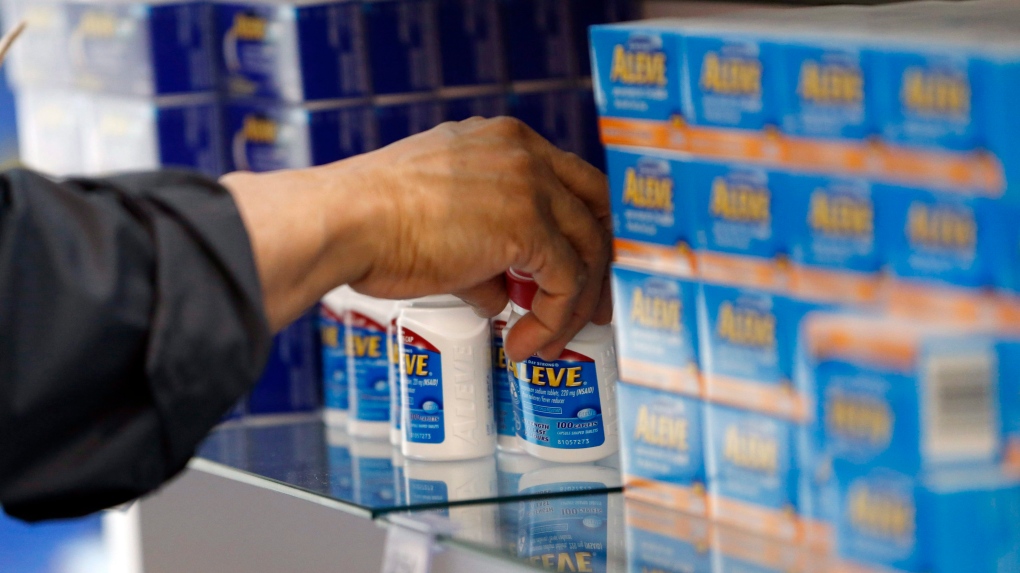 In this Wednesday, May 13, 2015, photo, an employee stocks products in the employee shop at the Bayer Pharmaceuticals facility in Whippany, N.J. (AP Photo/Julio Cortez)

MONTREAL -- Researchers at Montreal's McGill University say a recent study appears to refute the hypothesis that anti-inflammatory drugs could help stop the progression of Alzheimer's disease.

The school tested the effect of the anti-inflammatory drug naproxen on 200 participants who were at risk of developing the disease but were not yet showing symptoms.

The study's authors say the two-year clinical trial turned up no evidence that taking the common drug, which is sold under the brand name Aleve, had any effect on the disease's progression when compared to a placebo.

The school says researchers have known for decades that inflammation accompanies Alzheimer's brain lesions, which led to the hypothesis that non-steroidal anti-inflammatory drugs (NSAIDs) could help stop or prevent the disease.

But the researchers say subsequent clinical trials all point to the conclusion that the drugs don't make a difference, regardless of whether the patients are already experiencing cognitive impairment.

Lead author Dr. John Breitner says the results suggest that researchers will have to look elsewhere in their search for a much-needed way to prevent the disease.